Succubi Image of the Week 452

A Review of the The Succubus Trilogy by Emma Jaye

A Review of Sinfully Delicious by Kelly Wilcox 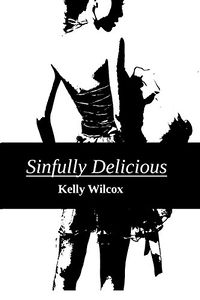 Angel Amy offered him an experience he’d never forget, and this digital devil is about to turn his world upside down.

ito has demons that haunt him and make his life terrible. Amy appears and offers solace for a price and then his life, his world, and his dreams are taken in a direction that run hot, cold and then out of control.

There was a hint of a story with the main characters, telling their lives, but that soon turned towards Ito encountering Amy and then the reality turned strange, odd and weird. Amy can be described as a succubus, certainly she has the aspects of one, though I think she’s more of a yuki onna. Many of the signs are there in the story, but it’s hard to say exactly what she is because the story really doesn’t tell much about her.

The work has some minor spelling mistakes, but the larger issue is a need for another editing pass to make the narrative more fluid and less stiff. By that I mean at times the writing feels like the author was translating some thoughts from Japanese into English and in doing so there’s something missing in the telling. The ending didn’t really satisfy, it’s a tragic, sad thing but then much of the story has that tone as well.