Succubi Image of the Week 449

A Review of Succubus Cheat Sheet by Samantha Nona

A Review of Seductive Wasteland by Luke Huntley 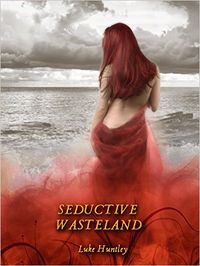 A story that does’t really contain a narrative of some sort, is lacking something. Erotica alone isn’t enough. A sequence of battles with no meaning isn’t enough. Having two characters entwined, dependant on each other, and not explaining how this happened is missing out on a lot of story. Just saying they love each other doesn’t explain why there are where they are.

Perhaps amongst all of the sex and battles, there needs to be a moment where something more comes than the surviving. There comes the living.

A succubus warrior and her human lover work together to stay alive in the wastelands of a barbaric world. Will they find pleasure in each others arms in such a hellish land, or will the demonic creatures that roam the earth keep them apart.

The world around them is dark and evil. While they have each other, they also have the attention of those that want what they have. Defending themselves comes at a cost, but the rewards are well worth the trials they both must face.

This work is missing something, and that comes to an actual story. There’s really no explanation as to why Rydia, the succubus of the work, and Nimbus, her lover, are in the land they are in, why it is they are attacked so often, and how it became to pass they are now lovers. There’s a lot of detail about the why of things that simply isn’t told here and that means there are so many questions from the beginning that I found it difficult to follow the story as it went.

The work is a series of battles for each character with a few moments of passion for them before that is shattered and they must battle once more. There’s really no exposition about the characters, no reasons as to why those around them attach so often. More, there’s nothing told as to why, exactly, they are travelling through the lands in the first place, what their destination is or anything else.

Rydia, the succubus of the work, isn’t a stereotypical succubus, she loves, she cares and more interestingly, she gives life to her lover. She is also a warrior, quite a good one really, but why she is one never is told. More so, while some of her personality is understood from the story, really there’s no little dialogue, internal or otherwise, that her thoughts, like Nimbus, are just not explored.

Besides the lack of a story per se, the author mixes the words ‘succubus’ and ‘succubae’ throughout the work when speaking of Rydia. It needs to be one or the other, not a mixing up of the two, sometimes within the same paragraph. The battles are well described, the erotica is not really so much hot as it tries to be romantic, to tell of the lovers being in love, which sort of works, but needed to be more.

Beyond an editing, the work needs more plot, more story, more telling of why. As it reads now there is a distinct feeling that these are scraps of scenes taken from an unfinished work, connected together loosely and published. I wish the larger story was here. Sadly, it isn’t.