Succubi Image of the Week 445

A Review of Nocturne by Megan J. Parker 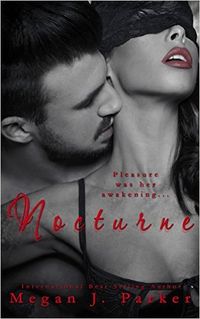 There is such a thing as history in characters. There’s meaning to who they are now, who they were, and, with some luck, who they would be eventually. Telling the history of a character is important because without understanding that, what happens to them can be, at time, confusing.

Hinting at the past in a vague way in the midst of rushing through pivotal moments in the story is a bit hard to follow at times. It’s slightly more concerning when the character’s actions, when the past is revealed, offer a suggestion and then turn that into something else. Along the way it’s sometimes good to clear up ambiguities and get to the heart of the matter. Even if, it seems, there is no where for the story to go next when the book summary suggests there is more than what is told.

Isabelle AKA “Angel” wants nothing to do with her aunt’s business. However, with no money to her name and no where else to go, she accepts the job as an escort/stripper at her aunt’s seedy nightclub. Her first assignment changes everything and awakens something dark inside Isabelle.

Vincent knows what he wants and when he wants it. When he sees the new girl, Angel, at The Toxic Shade Club he knows he has to have her. However, after their mind-blowing encounter, she up and ditches him. Knowing there’s something special about her, he’s thrown into a battle to not only save Isabelle, but save his city.

When the past and present collide, Isabelle and Vincent will have to give their everything to create a future for both of them and their city.

Vincent visits his favourite place in the city and finds himself attracted to Isabelle for a reason he cannot put his finger on, but he can with her. A moment’s passion reveals who Isabelle is and things start to go out of control. Vincent now has to set things right for his own sake and as for Isabelle, she remembers… everything.

There’s a very strong supernatural vibe in this work with many different beings, such as vampires, s succubus, what could be an incubus, some werewolves and so on. At first that is a bit unclear, but as the story progresses the number of beings grows in the work and things start to get complicated. That wouldn’t be a problem save that the reader is dropped into the midst of this world with really very little time to absorb what’s going on before Vincent has Isabelle cornered and has his way with her.

The shift from erotica to what amounts to a battle between supernatural beings is abrupt, didn’t seem to have much of a point, and really only served to remove some characters that weren’t core to the plot. Following this, Isabelle’s explanation to Vincent seemed… wrong. There was something missing there, something to allow for some character development, some kind of resolution, but it didn’t come.

What does appear at the end of this work is an abrupt ending with some vague suggestions about what the future holds for the characters. As such it isn’t satisfying as an ending. There are a lot of loose ends, what everything means for Isabelle and Vincent isn’t explored. The story closes with a musing, and nothing more.

Overall the characters are interesting, Isabelle especially. There’s history in them, there is character and personality, but that isn’t really explored as much as I wish it had been. Once Isabelle becomes herself again, there’s only a passing mention of why things happened as they did. Only a little tease of meaning about what the events of the evening have come to mean.

I feel like this should have been a lot longer a work. Time could have been spent in telling more about Isabelle’s past, her past lover and what they did together and why. There are strong hints of mind control involved in this work, but they aren’t explained or explored. They just… are. I would have liked to know more about Isabelle’s family, who they are, especially her aunt. There’s just a lot of story left aside for the rush to the erotica in the beginning, the action scenes in the middle and the rapid closure of the past.

And that’s the single problem with this work as a whole. There’s a rush to get through the story that takes a lot of the enjoyment away. There’s no pause for consideration, no moment to rest and try to figure out what is happening. It reads very much like an action movie rushing towards the climax… and there are a lot of climaxes here.

The work needs at least another six or seven pages of character development and time to tell the story. There are too many questions at the end left unanswered and they need not be. However, if this is the beginning of a series, then that would make some sense. But that’s unclear by the ending.

Far too rushed a work with a lot of things happening that don’t quite ring true. Some kind of explanation of why would be good. Some time spent telling that would be better still. 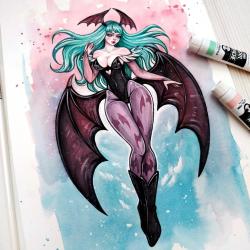