A Review of My Best Friend is a Succubus 2: Book Two: Coven by Amanda Clover

A Review of Taken By Lust/Demonic Lust by Ruby Winchester 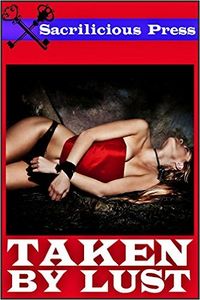 Taken By Lust by Ruby Winchester

The thing that I have the most problem with are characters that, when the story is done, fall into what feels like an ending that doesn’t do much to make the story that came before really worth the reading. While I know that not all stories have a happy ending, when there seems to be the slightest hint of that being true, why is it that there needs to be a twist just for the sake of putting one in?

When the story has the heat and the characters to make things interesting, there’s little point, at least to me, in falling into the well worn endings that are the most obvious things when it comes to succubi or incubi.

These stories feature sexy characters who find pleasure in the dark side. Included are the stories: Taken In The Asylum, Witch Lust and Touched By A Demon.

The work is a collection of three stories, the first being about zombies, the second about angels and demons and the last has one of the characters as an incubus. The first story didn’t do anything for me, and I’ll admit to skimming over it because I just didn’t care for the theme at all. The second work was interesting to a point, the corruption aspects were interesting and there was a point to the story. It was a better read than the first work, though the ending seemed a little flat and rushed all things considered.

The last work in the collection tells of Mia’s encounter with an incubus, why things unfold as they do, and the eventual outcome of her allowing the incubus to be with her. The story itself is probably the strongest of the three works, mainly for how thing unfold, how Mia describes what happens to her, and what she discovers.

The work, like the others, is a series of short, hot flashes of erotica mixed with a bit of storytelling between the moments. Compared to the other stories, I felt like more time was spent in telling Mia’s story and when the incubus appears, there’s some time spent in saying something about him, if fleetingly so.

The problem with the work is, however, the ending which really isn’t at all unexpected by far. It’s stereotypical, expected, unimaginative, and, as a whole, just takes away from the rest of the story. It’s a shame because there seemed to be something a little different before the ending, what seemed to be a different aspect to the events and what the outcome might be. But the final lines of the story came too quickly, left the story in tatters and too any heat from the story.

There are a scattering of minor mistakes in the work, mostly similar sounding words being used in error. Otherwise the writing is good, the characters have good voices and are used well. But the endings just don’t live up to what comes before and being so that just was my biggest disappointment.

For me there wasn’t a lot to like in this collection, really only the last work had something to attract me and the ending just took it all away. While not unexpected, the stereotypical endings didn’t go over well with me. I can envision better endings, something that would, if nothing else, leave the fates of the characters unknown and I think I would have liked things better that way.