Succubi Image of the Week 439

A Review of The Haunted Cottage by Robin Macavity

A Review of The Incubus Journal: Chapters 1 & 2 by The Mad Hatter 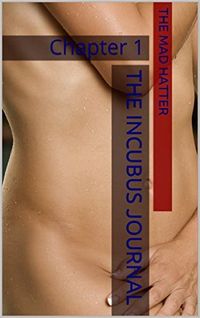 The Incubus Journal: Chapter 1 by The Mad Hatter

There are some concepts for stories in which either Succubi or Incubi appear which have an interesting core idea, but there is a problem. The story tends to wander, never really coming to the point of things. It becomes worse when the work reads very poorly with a vast number of spelling, grammar and other issues that take away from much of the idea that I found interesting.

Sometimes the best concepts are muted by the story being too short, focusing too much on the erotica, or even perhaps going off on tangents that really don’t seem to do much. In this series, the biggest problem is that lack of direction. It’s a shame because the idea behind it all is quite an interesting and unique one.

Follow the story of a college age man who wakes up having a normal day, until he starts to develop strange abilities that allow him to affect those around him. He finds women who may not have even taken a second look at him now bending to his will as he shapes them into his dream woman. Though this is just the first day and his first changes. Both of himself and the first victim to fall to his new hunger. 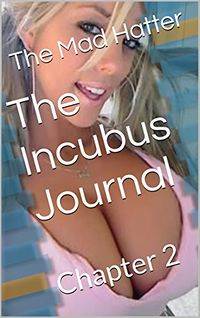 The Incubus Journal: Chapter 2 by The Mad Hatter

While the first work in the series has it’s issues, the second work actually manages to get past the flaws and begin to tell something of the story itself. But like the first work, it is short, it barely gets anywhere before the erotica takes things over. Again, the editing is lacking, the glaring errors are disappointing. But there’s still that little hint of something different that I liked. I wish the author could get to that. Offering some character development, at least more than “things changed” would be a good place to start. The mystery is a bit more present in the second work, but like the first, there is just little to no editing and that ruins what good there is to find.

The second work in the series so far is:

After using his abilities to enslave one woman to his will, Chris Douglas goes looking for another woman to test the extent of his powers. Who will he change when he goes to the night club Jolt

Chris finds that he is changing, that he isn’t the same person he was a short time before. Given the ability to see into the wants and needs of those around him, he also finds he can shape them to his will. Absolute power corrupts and Chris is not immune to what is possible now.

There are quite a number of flaws with this work and most of that comes from the series needing a serious editing at the least, and possibly a compete rewrite. There are spelling mistakes on almost every page, some of the text comes very close to being unreadable at times. There’s a lack of character development overall, and when the main character “changes”, there’s not much made of that save that he goes off to find another woman to play with.

If the author wants to tell this story well, they really need to go to the beginning, edit the books again, fix all of the mistakes and, to some extent, tell more story than there is. There is a hint of that story, that plot to be told, but as soon as Chris comes anywhere near a woman that all gets tossed to the side. It shouldn’t be.

The second work is slightly better in this, actually taking the time to set up an encounter and focus upon that. This leads into what is, to this point, a well written transformation, but it isn’t enough to overcome all of the flaws that appear throughout the work as a whole.

it really isn’t clear if Chris is an incubus, that question isn’t touched upon or questioned. If he is, then he isn’t what one might expect an incubus to be and that interests me. He could well be, there’s some glaring hint of it, but the story just hasn’t gotten to the point of telling that story. It is infatuated with the erotica over story and that doesn’t do much for me.

I’ll give the series so far one pitchfork out of five.

The author should be able to do better. I’ll watch and see what happens and hope they do.