Succubi Image of the Week 437

A Review of Chronicles of a Succubus: The Taking of Celeste by River Neilan

A Review of Lillian Possessed: The Awakening by A.C. Lords 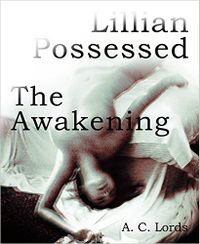 A review of what seems to be the first work in a series that has a succubus appearing. It’s not quite clear if there will be a book two, the work ends rather abruptly and as such it should continue. There are some amusing little touches in the work, one of which will be very memorable to some and which made me smile as it is a very well known trope.

Still, there is promise in the story, even if it the story really doesn’t get anywhere overall before the abrupt ending.

If one discovers a shop were one has never been before, one should be very careful about what items might interest you. Some of them could have a surprise waiting to be revealed.

When Lillian finds the strange old spell book in a shop downtown, she is unprepared for how much her life is about to change. Soon forces beyond her control have taken over, leaving her caught in a sexual storm of her own devising.

Lillian comes into possession of a spell book and discovers that she has summoned an incubus. But the book isn’t the only thing that is going to be possessed and Lillian might not be ready for all that means.

There really isn’t a succubus that appears in this first work. There is an incubus, which is the focal point of the work but still there is the hint of some sort of direction to the story which does take some cute little turns here and there before ending at a point where something interesting happens, but doesn’t get further than the tease of it.

One of the cute moments is a rather familiar store which appears in some mind control and TG/TF stories. In fact there’s a rather long series of stories which has this shop as a focal point. I’ve always found it interesting how the exact change needed to buy something from the store is what the main character has. Bit of a trope, but a fun one really and the author puts a neat little spin on things.

But the story mainly focuses on Lillian casting a spell, summoning an incubus and then what happens after that is a series of short pieces of erotica that finally climaxes with the pair in the throws of passion. The erotica has some heat to it, but there was some over the top moments that made me shake my head slightly.

The work is mainly then setting up what seems to be the beginning of a series, but that’s unclear by the time the cliffhanger ending happens. All signs are that there will be a part two, but the author just left the story hanging at the point where the succubus herself, known as Xenia, makes herself known.

It’s a little disappointing as the work is short, having spent so much time setting things up in a really good way which makes Lillian an interesting character. The erotica doesn’t take away from that character development, and there is a lot of that going on. It’s just the ending, more than anything else, that left me flat and wanting. It might have been nice to tell a bit more story before stopping. Even better to add a little “more to come” at the end to say there is another work to come.

No real appearance of a succubus as yet, though the ending certainly promises that. Perhaps the author needs to be more clear if there is another part to come or not however. Still, there seems to be something interesting brewing and I hope that comes out in whatever appears next.