A Review of The Naughty Succubus Part 2: Mysterious Beautiful Strangers by Becca Lusk

I’m not sure I see the alluring in this costume

A Review of Lilith by Keith Vlasak 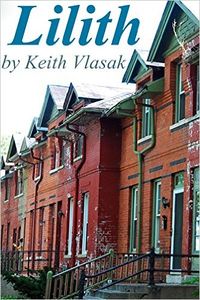 Stories about Lilith can take quite a number of different twists and turns. Some of them are outright horror, others try to find meaning, scope, something to define her. The most interesting stories are those that make one think about Lilith, who she is, her personality, why she is.

But something that isn’t really touched on enough are those beings that are connected to Lilith. How do they relate to her, what happens when they meet? And more to the point, why would Lilith have anything to do with them, or for them. What happens when one is freed and the other wishes to be?

Lilith, who looks barely 18, is the wife of Satan, and bound to wander the earth for eternity — only she has a plan. Lilith’s sister, The Shekinah, the goody two-shoes, is trapped in a bloody Nazi medallion. If she can free her sister, maybe her sister will help Lilith get free of her bonds.

Lilith encounters a man who, unknown to him, holds her sister imprisoned. She uses herself to try to gain what she needs, but instead finds that she holds not what she expected, but what she has given to herself.

This work is a little bit different in that the story isn’t told from Lilith’s perspective, but rather from another’s who isn’t revealed until quite late in the work. By doing so, the story seems a little odd, almost as if we are looking over the shoulder of Lilith and the man she encounters. There’s quite a heavy melancholy throughout the story, in truth all of the characters are dripping with it, but that doesn’t hurt the story but rather reinforces who they are.

This isn’t a work of erotica, not by any means, nor does the horror of the work really overcome things either. It’s more of a “moment” than anything else in which some truths are revealed about each of the characters. There is a certain disbelief in Lilith, a small piece of light in the man, a telling contradiction in what happens along the way. Lilith expects something to happen, as, at least to her, that is how humanity is. She expects to have to give something to get something as she has been made to do.

But the work doesn’t tread that path, it finds a new one that I think told a must more powerful and captivating story. It isn’t quite innocence but in the story there’s a moment where all of the characters have to see who they are and why. It is what each of them does with that moment that tells the most.

Lilith is a very strong character, her soul in the work is very old, tired, worn. She thinks she knows the world, believes that in taking the action she does that she can have what she wants, and the resolution of that plot is both tragic and saddening.

The characters are very well told, the story itself is quite interesting. There are some moments were the details of the story overcome the plot and the characters. When this happens there seems to be some confusion before the story continues onwards. While it does add to the tapestry of the story, some of the details, especially in the beginning, seemed to be there for no real reason.

A thoughtful work, one that did make me pause and consider and that is always a good thing to have.

Quite the different sort of story, one that travels in one direction, turning to another, and along the way some interesting truths are revealed. There are a few difficult passages, but they don’t overcome the inherent storytelling which is very good. Perhaps a little short, a bit lost along the way, but in the same way, that is true of the Lilith of this work as well.