A Review of World’s Shyest Succubus 5: Adjustment by Taylor Knobb

A Review of Lilith by E. M. Lane 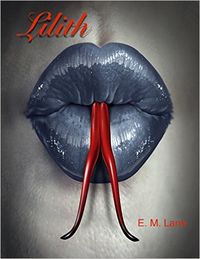 The story of Lilith has been told in many different ways by many different authors. But one of the things that never really is focused upon is if something influenced Lilith in her choices and how that unfolded. I know the story of Lilith, and yes, there is some “darkness” involved. But what I wonder about is… What if there was something that came before that moment that made everything happen?

There are forces in the universe that pray upon the unwary and innocent. They whisper, suggest, and, sometimes, turn souls towards other things. The result of that happening can be clear, but there is still a murkiness in the events that brings questions to be asked.

In the Garden there was both Good and Evil… and If Adam was made by the hand of God then who made Lilith? In this story the first two people are not alone. There is an evil presence patiently waiting to make its move. It seeks out the weaker of the two relentlessly. Seeds of deception are planted in their minds as the vile creature pushes one to partake of the forbidden tree. Once the deed has been done Lilith see’s all and knows all. It is she that leads the new woman Eve into temptation which brings about their banishment from the Garden of Eden and releases true evil into the world.

Lilith was there at the beginning and has seen all. She finds Adam not the man he once was and then finds her thoughts about him changing. A thought comes and she makes a choice that, in time, sets her, Adam and Eve their own paths. Or is it all Lilith’s choice in the first place?

A fascinating story about Lilith that tells of her time in the Garden of Eden and what transpired there. But as well, there is another force in the story which gives all of the events a different aspect and in doing do made this quite a remarkable read. Almost all of the work focuses on Lilith’s time in the Garden, what happens between her and Adam, how she wishes to be his equal and then what happens when Eve appears. Told from Lilith’s perspective, for the most part, there are as well some telling insights into Adam’s thoughts and that of the forces around them.

It is that mysterious force, what it does to both Adam and Lilith, over time, which adds a unique slant to the story and I thought that was the most interesting part of the work. It sets into motion many of Lilith’s choices and in doing so, puts her on a path which, eventually, leads to the appearance of succubi and incubi in the world.

As the work tells, mainly, the beginning story, the events afterward, when humanity spreads over the Earth and Lilith does as she wishes, are vaguely told, really only hinted at and as such that was a little disappointing. It is clear however that, at least in this work, Lilith is a creature of evil intent and that is very clear as the end of the work comes to the fore.

The end of the work leaves Lilith in a place, in a moment, where she is between two moments in time. The past which simply is, and the future as yet unwritten. But her attitude, her need, the way her mind is set, seems a little stereotypical and it bothers me. While I understand the plot of the work, the thought comes to me of what Lilith would do if she truly understood what happened in the past, and if it would matter to her.

It is a thoughtful work, reading more like a biography than anything else and in being so telling a story that is captivating and interesting. But there are questions left, Lilith is a bit too single-minded by the end and I think that hurt the story to an extent.

There’s a lot of room to grow in this work, beyond the story of Lilith’s past. As that has been laid out well, that leaves the story to move forwards. The author noted that the next work in the series, Lilith: Into The World, would be the next work. The title makes me wonder if it will be another reflective piece on Lilith’s past or if she will be telling her story in the present. Either would be interesting, but the ending of this work seems to make it clear that her past might only consist of her acting “evilly” and not much else. If so, that I think would be disappointing. There is a truth for Lilith to find, if she ever looks for it, and I wonder if she will in this series.

It would be a surprising turn of events.