A Review of World’s Shyest Succubus 4: Sisterhood by Taylor Knobb

A Review of Wake Up by Eugene Ahn 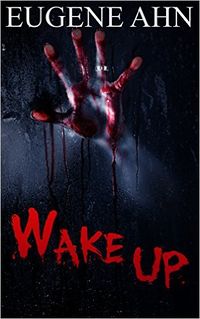 Wake Up by Eugene Ahn

There are those works that I come across which have such a deep, overriding sense of loss, of despair, of utter darkness that they are very hard to read. Sometimes these works are described as being horror. They tend to suggest that, bring it out at some point, and in doing so the overall impact of the work tends to be lessened.

After a tragic car accident, a young man is paid a visit by the one person he wishes to see the most: his deceased wife.

A man tells of his life being lost after his wife is no more. He tells of the world that he isn’t, doesn’t want to be part of. Tells of the decisions made to bring his story, like hers, to a close. But also, he tells of her visiting him and what transpires from his wish and his curse.

Overall, this is a story that isn’t so much horror as it is just so extremely sad from the very first word to the last. There’s no hope, no passion, no meaning. The main character, who is never named, has suffered a tremendous loss, there is no question of that. The thoughts he shares, the things he misses, needs, wants just one more time, are clearly felt. There is such a thing as a heart of darkness and for him, there is nothing but that within him.

Most of the story revolves around what he experiences, feels, sees, as the world goes on and he finds that he cannot. He has lost his reason for living, obviously, and sees no need to try any longer. In being so, the story becomes very hard to read, the overwhelming sadness in his character smothers everything else.

Eventually, his lost wife, who is not named either, appears as if in a dream and over time the dreams when they come become nightmares, mainly driven by his own decisions and actions. The actual horror in the work appears at the very end and it is horror, there’s no question of that.

It is entirely possible that the vision of his wife is a succubus, the hints are there, the story focused on that possibly to an extent, but there’s no real definition or understanding of that possibility. As a whole, if she is a succubus, she is there for the horror aspects and very little else. There is a smattering of erotica at the end of the work, mixed with the horror, and as such there’s not much effect really to the story as a whole.

The work is well written, there is no question of that. But it is also so very tragically dark and distributing. Some will like that aspect, personally I found it hard to take, but there is no question that the story is very well told… even if there really isn’t that much of a Succubus to be seen.

A dark story well written. But even so, it isn’t really something that I enjoyed as a whole because of the darkness seen.