Not the accessories a Succubus costume needs

Succubi Image of the Week 431

Something slightly different for the Succubi of the Week this time on the Tale. From time to time I have been wondering about a more… call them wild if you will… kind of Succubi. I think that’s interesting concept which begs the question as to what they would look like.

I wouldn’t expect them to be wearing something that is obviously mass-made or some sort of finery. But at the same time I do expect whatever it is to be true to Succubi as a whole. I found this art quite some time ago and I think this is a good example of what I have in my thoughts… 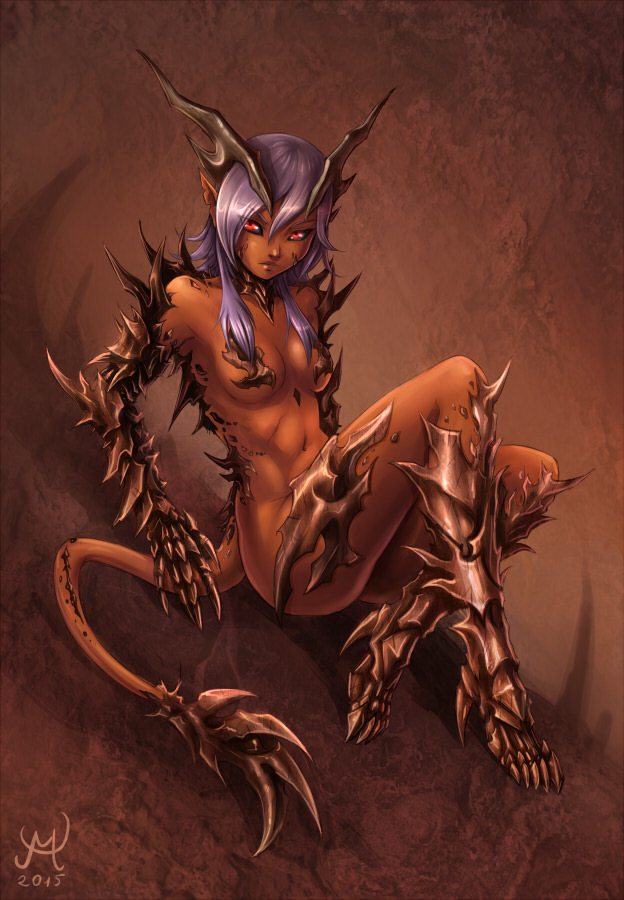 I found this art originally on Pixiv and you can find that page here.

There’s a certain kind of raw sexuality in this character, which I do like overall. That’s matched well with what I think of as her armour. While that might not protect her all that well in battle, as a whole, it does allow her succubiness to come through and be rather distracting.

I love her eyes as well and her expression is interestingly calm and studied, which I find to be the focus of this art, at least for myself.

Perhaps there is such a thing as “wild” succubi in the universe?