A Review of The New Neighbor by Ray Garton 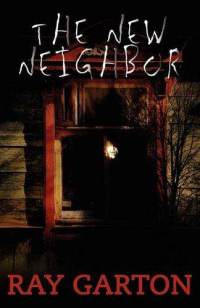 The New Neighbor by Ray Garton

There are some works of fiction which have a particular tendency within them to focus, as a whole, upon horror. They sometimes also add in as much darkness as possible in order to drive the characters towards doing dark things. While that can work, it also creates a story in which there’s no very little chance of redemption, survival, or, most importantly, happiness.

Proving a particular character is evil, mean and nasty can be overdone. Sometimes getting to that point means that the rest of the story loses any hope of being anything more than fodder for the main disaster that unfolds to all involved.

The Pritchard family is quite content in their home on Deerfield Avenue…until Lorelle Dupree moves in across the street. The new neighbor is astonishingly beautiful…friendly…and seductive. Each member of the Pritchard family surrenders to her advances and Lorelle’s influence changes them in shocking ways. Soon everyone on Deerfield is changing. And then the killings start. The new neighbor is not interested in borrowing a cup of sugar or using your weed-whacker. She’s more interested in your soul.

Evil comes in the most pleasant of forms it seems. Her name is Lorelle, she’s evil, and has no problem in bringing that out in all of those around her. Sometimes when things go bad, they go very bad for everyone.

As a whole, for me, this was an extremely difficult work to read. I couldn’t find a way to care about any of the characters, for one. There so little hope, light, or promise to be seen as the story unfolds and as Lorelle tightens her grip on those around her, there’s just nothing in the story that made me want to care about what happened.

Coupled with this, there’s a good deal of horror, pain, suffering, and all of the darkest aspects of humanity that come out as a result of Lorelle’s actions. The ending of the work is telegraphed almost from the beginning. In every aspect of possible help, or hope, that is shattered in moments after it appears. In this work, the heart of darkness is very present and persistent. In being so, at least for me, I found the read to be very difficult and I had to restrain myself from skimming the chapters.

There are a lot of uncomfortably violent scenes, from beginning to end, which are described in quite a lot of detail. In the same way, as Lorelle ensnares those around her, twists them, and more, that’s told in a way that is as dark as it can possibly be.

Lorelle herself, is a being of evil, a very old one. Throughout the story her true form appears, making it clear she is some kind of demonic being, and to call her a succubus does, in some ways, make sense. However, in spite of her using sexuality to claim others, there’s more Hollywood style fright/slasher to her personality.

For those that like a lot of horror mixed with their erotica, this might be a work to consider. As well, there’s quite a lot of social commentary mixed into the words and actions of the characters which is something to consider as well. But here’s the thing, without some kind of hope, or positive meaning, there’s nothing else but the darkness within the characters and the evil that is Lorelle.

I found that, as a whole, to make this work much less than what many of the reviews have made it out to be.

Not my taste, nothing that I enjoyed overall. I expected more, considering, but it didn’t turn out that way for me.