Succubi Image of the Week 429

A Review of Dungeons and Dryads by Dou7g and Amanda Lash 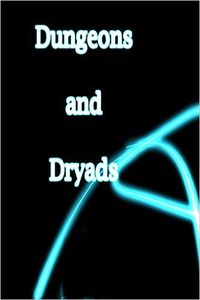 Dungeons and Dryads by Dou7g and Amanda Lash

Sometimes the question isn’t so much about what you know you have to face in front of you as it is what’s happening behind you. There’s something to be said about having eyes in the back of your head to manage that. Occasionally however, you might be wearing a blindfold and not know what’s just hit you…

This is the fourth installment of “The Succubus Apprentice”. In this volume the vampire Kiki and Loreli the Dark Elf sorceress continue their attempt to take over the supernatural community of Manhattan with the help of a Troll who runs the last used bookstore in Manhattan. Their opponent is a powerful Necromancer. To defeat him they decide to ask someone for help who has absolutely no reason to remember them kindly. This is bound to go well.

The best laid plans sometimes get derailed by those with you, against you, and more often than not, the plans just need to change. Not everything goes as planned, and it’s worse when you haven’t got enough time to go shopping for shoes either. That’s about the time when things really take a turn for the worst.

The one thing that seems be the most prevalent theme in this part of the series is one of schemers against schemers. By that I mean there’s quite a number of side plots working their way through and causing all sorts of havoc along the way. The humour is there, the characters are every bit as wonderful as they have always been, but there’s a little bit of some really serious problems creeping in along the edges of the story.

Overall, the series becomes really very complicated with a number of old and new characters popping in and causing their own brand of mischief in some cases, and in others some very serious moments for Loreli along the way. Two characters that I didn’t really expect to see again have returned to the series, and in both cases there’s a unique edge to both of their stories now. Where that winds up taking things is a question of course, but it opens some doors and I thought that was a nice touch.

I felt there was, perhaps, a little too much verbal fighting between several of the characters, however the reaction by a certain Troll at one point made me laugh and I thought that was the perfect response actually. As an aside, there’s a point at which I knew that something really bad was going to happen and, at least for me, it was really an obvious point. I mean, how is it possible that the girls would turn away from something that’s so important to them? What that is, you’ll have to read the work to find out.

I like that the series has shifted between the characters, but how this work ends seems to point at a certain succubus and her apprentice appearing in the next part of the series. When that comes along, I do rather worry about how much of New York is going to be left standing.

There’s an air of mystery around the opponent that Loreli is facing in her quest, all that comes to that point, the climax of the work, seems to say that she’s up to her thigh-high boots in problems. There was a lot of those in this work, and why things happened as they did needs to be explained, but that’s for another work in the series, which I look forwards to.

The conversational jabs, the clashing of personalities, the mix of silly and serious works very well in this part of the series as always. The zingers come quickly along the way, they made me smile, and that is the one thing about this series, and authors, that I cherish always.

There’s trouble in New York City and for our heroines, that means there’s going to be issues. The twist bring about an interesting direction for things to unfold, though I have some thoughts about that. I expect there are more surprises to come. What happens next when the everyone else arrives at the party will be, I am sure, something quite… interesting.