Never Need To Be By TeraS

A Review of the The Summoning series by Kad Aver

A Review of the Satiating The Succubus series by Jennifer Coomes 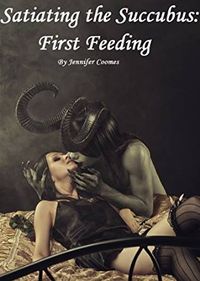 A review of a series that was abandoned at the very moment when a larger story seemed to be about to be told. That, of course, is rather irritating for many reasons overall, but the major one is simply that the story really was interesting and different.

Telling a story about a succubus leads naturally to the question of how they manage to feed. In this series, I have to admit that the author came up with what I think is the most unique method possible to do so.

While i liked the story and the concept, there is one thing I really didn’t like. It might be a good idea that the author pick one spelling of their name to use and stick with it. It is Jennifer Coomes or Jennifer Combs? While it really doesn’t matter to the story itself, trying to find more works by this author if they can’t use the same time twice is a problem and it shouldn’t be.

Amy’s not sure what’s happening to her. She hungers for sex constantly, and the first guy she sleeps with ends up dead! She eventually learns what’s going on: she’s a succubus, and needs to “feed” by having sex! Every time she feeds, though, she gets stronger, hotter, and hungrier. She gets a job working as a nurse at a hospital, and starts sleeping with the coma patients to feed her desires. This first book follows her discovery of her powers, what they mean, and a couple of sexy encounters with buff guys (some of whom don’t quite know what’s going on…).

Amy tells the story of her life from her first awakening as a succubus, through her high school life and then into learning to be a nurse. Along the way she learns what she is capable of, how much it scares her, and what happens when she loses control. Something unexpected happens and then her life gets more complicated, and for a succubus, that’s never a good thing.

One of the things that gave me pause was how the story was told from Amy’s perspective. She refers to herself often as a succubus, then explains, almost casually, that she read about it on the internet, but that doesn’t explain how she learned her powers. Learning by mistake would be a real problem and that doesn’t seem to be what happens, but it isn’t explained.

As Amy’s story is told from her perspective, that makes for both some very hot and very odd moments overall. Her perspective when she is feeding, what she sees in the minds of the others, how she shapes their thoughts and desires, altering their reality is really very well done. It was a nice touch that her powers, as they grow, make her wings appear and shift her eyes to black.

There isn’t really a complete succubus transformation, though the more Amy feeds, the more her overall looks change and when she doesn’t, she returns to her normal looks. That then brings in an interesting subplot through her high school years, but also in how her “other self” as she refers to it, pushes Amy to take more and more. However, there is such a thing as her conscience saying no, save for a very much Lost Girl-ish encounter at the beginning of the work, and otherwise a few “bad” men being taken in a rather ugly way at one point.

Still, that does show Amy still has some humanity in her. At least until she starts her nursing career and then discovers a new way to feed. This is the part of the work that I thought was really very unique and something I had never really considered. Amy feeds on coma patients to survive. That becomes a doubled-edged sword eventually, but in spite that, the author’s solution was perfect in many ways.

Not the least of which is that Amy’s powers allow her to slip into the dreams of the patients, which then leads to some very hot succubus mind control and reality shifting within the dreams themselves. That is written very well and held my attention quite well.

The overall plot is a bit scattered, not really finding a footing until the last third of the work which then drives Amy to an encounter which then leads into the second work in the series. There’s no focus to things overall, Amy going from feed to feed, taking from one after another, sometimes having a very uncaring attitude, sometimes not. She’s a scattered character, without focus for much of the story.

While she talks about learning about her powers, there’s really nothing told of her doing so. Over each feeding, she is better and better at it, but seems to be on her own trying to find her way. The second work in the series seems to suggest this isn’t true however, so that is confusing.

Amy’s character is written strongly, but she seems to be missing some bits and pieces of her personality that really didn’t come out in the story. The time spent in telling about her past, what she has been through, her mistakes and so on, is well done and kept me in the story throughout. Even when things turned confusing, even a bit odd, that wasn’t enough to really pull me out of the story.

It is short however, and considering all of the moments in Amy’s life that were skimmed over, I found myself wishing the author had split this work into three parts and written at least as much as this one for each of them. There needs to be more world building here than there is, considering this is a series. There’s a lot going on here, there’s a lot of promise, but rushing through the details means that things are missed and they are here which speaks towards the next work in the series where the author needed them badly.

Well written, the succubus erotica was very hot, the dreamscapes and mind control worked very well. There are some missing points along the way, some aspects of Amy’s learning about her powers, how they work that weren’t explored and if felt like something was left out of the story to be revealed later. A very good opening to the series, it offered a lot to think about along with the erotica and I liked that. I just wish there was more to read than there is. 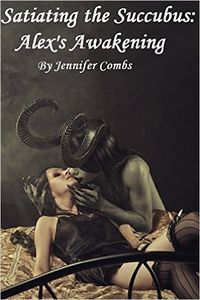 To an extent, some of that was in the next work in the series, but barely so.

The second work took things from the other main character’s perspective, that being Alex, the last man that Amy feeds from in the prior work. It tells his story, what happens to him as a result of what Alex did, and the dangers that begin to form, both to himself and to his family… and to Amy.

But like the first work in the series, there’s a lot unsaid, there’s a massive cliffhanger at the end that’s never resolved as well. The other thing that bothered me is that the book summary really is a bit misleading.

Alex tells the story of his encounter with his sister, how that led to him being in a coma, and then waking to find a succubus feeding on him. But things don’t end there, and when he returns to his sister, things are very different.

The work is told from Alex’s perspective, which is interesting and quite a lot different from Amy’s in the prior work. There are hints that something is odd about Alex, a moment with his sister that is rather awkward and leads to Alex being in a coma. The work is split into three parts, the before, the encounter with Amy, and then the after when Alex goes to see his sister and things take a rather darker turn.

The story gets very odd when Alex wakes up, his exit from the hospital makes no sense at all, and the work lost me at that point. Once past that, Alex goes directly to his sister, confronts her, and then they have their tryst. In the midst of that, Alex becomes, it seems, an incubus, his sister suffers for that, and then the story rushes to a close.

It’s that last two pages that I have the real issue with. Alex is far too calm, too uncaring for what happened to his sister. It’s like he’s known he’s been an incubus for some time now, but prior to that moment, he showed no sign of it. That just was confusing.

Then, to make things more odd, something is mentioned about Amy seeing others about Alex and that doesn’t make a lot of sense either. She never spoke of them before, never suggested that there was others of her kind to talk to. All of a sudden there is, there is a “prophecy” for them and the then story crashes to an ending.

The work isn’t as good as the first work for the simple reason that there’s not a real hook to Alex. His story has something to tell, but that’s mixed into other things, other thoughts, and by the time the erotica comes, that story is buried and can’t be found.

I didn’t particularly like the ending, Alex’s almost shrugging off of what happened. The ending also left a major plot point dropped into the series that had never been mentioned before. If the series had continued, that wouldn’t be so bad, but there’s not been anything after this and so the series is left unfinished and incomplete.

It’s a shame because the series seemed to be on the verge of getting to a larger story, explaining more about Amy’s past, the world of the succubi and incubi, and what it all means to Amy and Alex. Stories never to be told it seems and that’s a shame all things considered…