A Review of Lilith by Paul Cavedaschi

A Review or The Succubus and The Incubus by Yonder 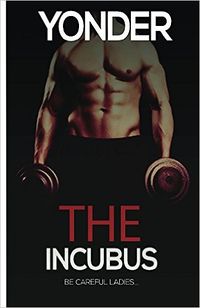 The Incubus by Yonder

Two works for review today by the same author on the Tale. But there’s a bit of a problem in doing so. For the first I was able to read it. The second was… not so much so. The first is somewhat confused, has little focus, and overall is just a rather depressing story overall. The second I can’t even describe, because there was nothing to read.

Telling a story generally means having a plot, having characters that you want to know more about as a reader, and perhaps most importantly, there needs to be some kind of focus in the story. If that’s missing, then the overall work is lessened. Sometimes to an extent that leaves one wondering what they read when it ends.

Meet the Incubus, seductive, strong, and sensual with all the other qualities you’re looking for in a man. He has it all ladies, and he is willing to please. He comes to you in a dream; being everything you need him to be. He will have you surrendering, giving in to his every whim, before you know it. Just be careful. Your first night with him may literally leave you breathless. Everyone is left in unbridled fear as bodies of young women are piling up throughout a small Arizona town. Many of the women are left in compromising positions as their bodies are drained of all life. Mynah Hill is hot on the case and she is resolute to solve it. The new Black Bird Detective, Mynah is a determined woman and a brilliant detective. With her cleverness and her knack for solving crimes, she has been lauded as one of the greatest Detectives in her small town of Glendale, Arizona. Will Mynah be able to solve the murder before it’s too late or will she end up with the worst fate? Find out inside.

An incubus stalks his prey as a detective tries to solve the murders that are rampant. But the truth takes her in an unexpected direction. Sometimes knowing the truth isn’t enough, not for the one responsible or for the one looking for justice.

The work is less about the incubus than it is about what happens to Mynah as the story unfolds. There’s so much more focus on all of the women that are involved in the story than the incubus himself and that’s a little disappointing.

There is but one short series of paragraphs when his true form is seen, a scattering of his past is told and then the story moves back into his finding pray, having sex with them, which has very little heat in it, and then their passing on. While from time to time his thoughts are heard, and they are somewhat remorseful, that just doesn’t ring true much of the time. It’s confusing as well, not really having focus, and being so there’s really not a lot to hold me into the story.

The work overall is morbid, sad, and depressing for all of the characters. There’s nothing of joy or being positive to be found. It’s just a slow downward spiral for Mynah and others, the incubus just appearing from time to time to add a bit to the story before vanishing again.

The story is confusing because it seems like there’s something going on around Mynah, but that’s not really focused on and when the ending arrives, that too doesn’t make a lot of sense overall. There’s a gap between the start of the work and where it ends that bothers me. It’s like there is a lot of missing information that was either left out or edited away.

The incubus himself seems to be quite stereotypical as well, what happens with him happens often, his appearance, his true one, at least as much as we are told of, seems to be stereotypical as well. He just wasn’t interesting as a character, being rather two-dimensional overall. Much the same can be said about a lot of the other characters as well, they fitting into a lot of roles that are familiar.

My overall problem was that I didn’t find my way into the story, I didn’t really care about any of the characters. There was no heat in the sex scenes, they really can’t be called erotica in all honesty. It’s just a work with no heart, no passion and nothing that I enjoyed. It’s a shame because the plot summary I thought offered something and it could have worked well. But it didn’t.

I just couldn’t get into the story, I didn’t care about what was happening all that much. There wasn’t a lot of time spent with the incubus himself, so he’s less of a character as a result. The ending didn’t connect well and the flow of the story felt much too scattered. I hoped for something more because of the plot summary, but in the end the plot summary was promising something not to be found really here. 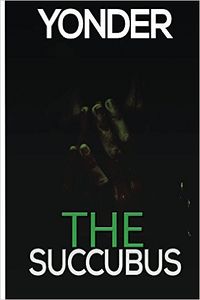 The Succubus by Yonder

The other work this author has published is about a succubus, and like the first work the plot summary seems to be interesting. It promised a lot, I wanted to read that story, to see what it was all about. But then I ran into a problem, one that has not been corrected by the time of this review, and as such I have little choice but to rate this work as I will be.

I have to expect that authors will do some checking to see if their work publishes correctly on Amazon, really that’s not a difficult thing to do. More so, I expect that when someone states there is a problem, it should be looked after.

A high profile murder has the town of Cold Creek reeling with fear. With victims piling up, the pressure on Raven is heating up. Trying to prove that she is still a competent Detective, Raven is desperately trying to find the murderer who has their town by the throat. Her investigation reveals something so sinister and frightening, it leaves everyone questioning reality. Raven and Adrian are faced with something that they have never seen before. Leaving them with the burning question, “How do you arrest someone who is supernatural?”

I can’t tell you a thing about this work at all. The main reason is simply that I could not download anything more than the cover and one single page of the work. That single page consists of a short line of text and nothing more. I’ve tried repeatedly to get a copy of this work through Amazon which I can read, but to no avail.

When I manage to get a copy of this work, I will review it.

UPDATE (28/03/16): The second work was reuploaded by the author, but I still cannot read it. They have been in contact with me, I have emailed them, and I am hoping for a resolution to the issues i am having being able to read their work…