A Review of The Last Succubus by Marquis Woolford 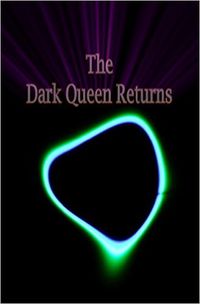 The Dark Queen Returns by Dou7g and Amanda Lash

The thing about being on a quest is that, sometimes, you can’t quite tell those around you what it is exactly about. Sometimes that’s for your own good, something that’s for their’s. When the affairs of the heart are involved, keeping secrets can lead towards more than a misunderstanding. When that involves a mage and a succubus, that’s a real problem for them, and everyone around them.

In this installment of “The Succubus Apprentice” Edmund continues his war for books with Phil the Ogre and his girlfriend, Amy, by his side. Then Megan the former Dark Queen of Demons, who was also the object of his unrequited love, returns. Hijinx ensue.

Edmund’s quest for books finds itself a little sidetracked through Amy and Phil, but things get more complicated when Megan appears out of thin air with Kendra nearby. Something’s up, but there are distractions keeping them all from the truth. Perhaps the one thing that ties everything together is Manhattan after all?

The work is every bit as smart and funny as I have come to expect things to be, perhaps a bit more than that really. The wit in the dialogue is wonderful, the story being told so very well. There’s a bit of a mystery still unfolding and with Megan and Kendra returning to Edmund and the rest, the complications get a bit more so.

It’s that mystery that starts making them question each other, worry over boyfriends and girlfriends. There’s a little tension here and there that feels right for what happens and that tension I think added some needed depth to a few of them. The singular question is that of what Kendra is planning and when things slip a little, Megan’s reactions to that were completely what I would have expected her to do.

The thing that I wonder about is where Megan and Kendra have been. That’s really not told and I think there’s a reason for that. Megan’s a little different in her personality, as is Kendra and for that matter, Helen as well. Some of this may well be from being, to greater and lesser extents, succubi in nature, but there’s something more.

That said, the work is just a fun story overall, telling about what Edmund has been up to, what’s happening with his relationship and that of Phil’s and others. There’s a neat little tie into the events that happened earlier in the series when Kendra and Helen went to Manhattan, which I thought was cute. There’s even a little bit of succubus mind control in one scene that made me smile.

There’s a good deal of focus on Amy over most everyone else, and it told a lot about her, what she’s feeling, what she deals with when Megan returns. Having that gave something that I think was missing. Purpose. Where that goes could be good or bad, depending of course.

Another well written, smart, and funny chapter in the series by this author, one that made me smile. I would have loved a little more time spent with Megan and Edmund, perhaps a bit more with Helen and Amy. The teasing in both scenes was delicious, but there’s a little serious tone as well that might have been explored a little further than it was.

It’s just wonderful to see the entire group together, if only for a moment, and then on their own paths again. The mixing of desires, goals, and most of all, just human nature, whether human or not, is what I love the most about the series. There’s something afoot and when, not if, Megan figures out what Kendra is doing… there’s going to be a problem between lovers that might not be fixed with a kiss.