Succubi Image of the Week 426

A Review of Curvature: Part One by Amber Stuart

A Review of The New Girl by Janus Rain 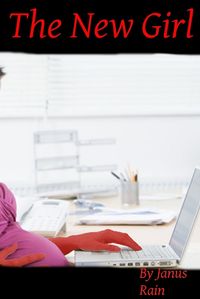 The New Girl by Janus Rain

Sometimes the concept of a story about succubi is interesting on its own. What usually makes, or breaks, the concept usually comes to the transformation of the character into being a succubus, if that happens, or how they deal with it. It can be humorous, frightening, interesting, or, sadly, indifferent.

Beyond that point, if the story makes things happen “just because” that tends to cause the story to suffer. When that happens, then the erotica has to come in to try to save things… This is not, always, going to work out for the best.

Kathleen has landed a nice job at a law firm, but when rumors start to circulate, she begins to suspect her boss, Maxwell Stanik, is doing something shady. A quick peek at some documents she’s delivering causes radical changes in her body – ones that make her Stanik’s helpless victim!

Just into her new job, Kathleen finds that her boss is a bit of a… well… arrogant and troubling person. After being told to deliver some papers, and told not to read them, Kathleen does and… things change. And not for the better.

The story revolves around Kathleen, her job, what happens around her, the rumours that she has heard and so on. Well into the story things take a turn and she is given a task, sadly that she makes a mistake in, and finds herself being transformed into a succubus in a very short period of time.

The succubi that appear, and there are quite a number of them once the truth is revealed, seem very much to be similar to the Warcraft succubi in appearance save that in this work, there is a heavy emphasis on they being “breeders” with the obvious appearance and so on. They aren’t quite stereotypical in that they aren’t really evil in tone or personalities, but as a whole they are… not very interesting. While the other succubi make a fleeting appearance, Kathleen’s transformation is both physical and mental which makes for some odd scenes as the story goes on.

I didn’t find a lot of heat in the erotica, really didn’t care for the story all that much, and while the transformation was quite well written, the emphasis in the work on “breeding” didn’t do much for me. The work is very short and as such there isn’t a lot of time for character development, background or some kind of grounding. It drives towards the erotica, has a smattering of a dominance theme in it and then comes to an abrupt stop when Kathleen’s future and the other succubi are revealed.

While there are no real editing mistakes, the work reads a bit odd at times and I couldn’t find my way into the story to enjoy it. The idea of some papers causing a transformation, how that unfolds and what is experienced works and I thought that was good… it’s just that the rest of the work didn’t.

I’ll give this work one and a half out of five pitchforks.

There is a story here, there are some interesting characters but it doesn’t go far. It could, there’s a lot of open possibilities, but sadly none of them are taken and they should have been.