Succubi Image of the Week 424

A Review of Give Me Your Love by Will Garnet 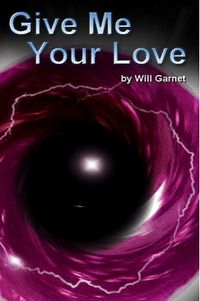 Give Me Your Love by Will Garnet

Perhaps the one thing that all characters need is a purpose. By that I mean as the story unfolds there should be a reason for what they do and why they do so. A complex character should not devolve at the last moment into a simple stereotypical being of evil or horror.

When every aspect of the character seems to say that they are intelligent, have a plan and a purpose then that should be. A story with heat, strong characters and a telling story need not take away that enjoyment on the last few lines of the work.

Vaneya prowls for the emotions that feed her and keep her alive. Meeting Miranda, she enthrals her, controls her, and then after dominating her, Vaneya takes the most precious of things.

Overall the work has a hot mix of mind control, succubus-like seduction, and an interesting D/s relationship that the two characters fall headlong into. The story is well written, the characters are well told with history, futures, and what they experience with each passing moment is captivating.

Vaneya is in many ways a Succubus, her true form is just slightly different and that difference allows for the story to turn in some well thought out directions. For example, she cannot hide her true nature in artificial light, she enthrals by touch, by playing with the emotions of others and then bending them to her will. There’s a very strong theme of mind control in that which is written in a style that works exceptionally well.

It really is a good story, one that I enjoyed up until the climax of the work. Even a little past that the story held me and I liked it. But the final two sentences just didn’t work for me and all of the good story that came before was tossed away in the name of a stereotypical ending.

It’s sadder that the emotion that Vaneya feeds upon is love and with all of the howe she has in controlling the love of others, directing it, turning it to her advantage and then using it for her own ends that the work ends as it does. The book summary offers two possible endings and the one that came was not, I felt, one that made a lot of sense as a whole.

One of the things that has always bothered me about some stories about succubi and succubi-like characters is that they tend to take a sexual being with power and in the moment where that power could be used to drive the story in a new direction, to give the characters an opening to continue, to bring out more about them… it doesn’t.

Thus, a work that held so much excellent writing, characters and more just runs headlong into an ending that takes all of the heat away and left me cold.

Really it deserves a higher rating, but the ending simply made that impossible for me. Perhaps the author will continue Vaneya’s story sometime and if they do I hope there’s more to her than what the ending revealed her to be. I think she is and I’d like to be proven right on that point.