Succubi Image of the Week 423

A Review of Demon Menage by Jacqueline D Cirque

A Review of Remember Me by Nanea Knott 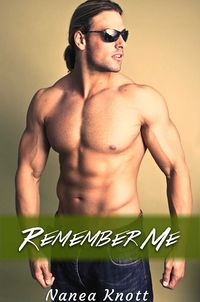 The next review of the Sex Demon series by Nanea Knott here on the Tale. I started with the prequel work, which I enjoyed very much and you can find that review here earlier this week. The prequel was released after the series had started, but still makes it’s presence and connection to the series known in this, the first actual novel of the series in some interesting ways.

The hardest thing about trying to find one’s soulmate is that you never expect to find them. Actually that’s not true when one’s soulmate is a succubus and the proof of the connection between you both is a simple question. What do you remember in the morning?

If you are the succubus, the larger question is whether you can believe it yourself when you are confronted by it, or if the stories of never finding the right soul are the real truth. Self doubt can be the most terrible of things when you so desperately want to believe and things aren’t the fairy tale they should be.

Willow Harris is a succubus who has to have sex with humans to survive. She’s been sleeping with a co-worker, Chase for weeks, but he doesn’t remember any of it. No one ever does. There’s only one true love for a succubus, and Willow hasn’t found hers yet.

Detective Greg Stewart arrives at an accident scene and everything seems routine. While investigating her friend’s suspicious car crash, he meets the young, breathtaking Willow, and now he can’t get her out of his mind. He takes a special interest in the case and the woman he is inexplicably drawn to.

Willow finds out her friend isn’t the only one being targeted and things get more complicated when she discovers there’s an entire organization devoted to destroying all sex demons. To make matters worse, Chase begins stalking her. Falling in love with Greg should be the last thing on her mind, but the magnetism is undeniable.

Greg has received unbelievable information about his investigation and goes straight to Willow for answers. She confides in him, though it’s useless because he’ll just forget in the morning. She didn’t expect him to pull an all-nighter, and he hasn’t forgotten a word she’s said.

Willow is kidnapped, lives are threatened, and Greg willingly puts his life on the line. Has Greg taken on a force too big? Can Willow escape with not only her life, but her heart, intact?

Willow is a succubus with a dream. A single wish that one day she will find someone that remembers her in the morning. Greg is a man that has only found the wrong woman and decides to give up on finding Miss Right. The events of an accident draw them together, and Greg finds himself attracted to Willow, and she to him. A night together brings answers for Greg, but for Willow she holds no hope that he is the one. Against the odds, Greg remembers, but is it because he is her mate or is it because he doesn’t want to forget her? Along the way, Willow learns that some accidents are not accidents, and her kind are being threatened as a whole and Willow in particular.

The first novel in the series sets up quite a number of plots with most, if not all of them being connected to a mysterious group of which very little is revealed. But through that connection the work brings together a collection of characters with one thing in common. They are the succubi and incubi of this universe, and the story of what their lives and search for the one love, are like.

This particular theme I enjoyed the most, for various reasons of my own. The single point in that theme, the proof, I thought was inspired, and that reflects in the series titles. While the method is unique, there comes, in a way, a certain level of disbelief from the main character of the work when she is confronted by the possibility of having her dream be true. There’s a point at while, and it is a very human response, when she thinks she might have her wish, finds out what the other is willing to do to remember her, and then brushes him off for doing so. It’s a heartbreaking moment, and through it there comes further moments of confusion, strife and, towards the conclusion, an amazingly hilarious telling of “what really happened” that was perfect and I couldn’t stop laughing over.

Willow, the main character of this work, is one of many succubi who’s story are told, While Willow’s, being the main character. it delved into the most, as each of the succubi appear throughout the work, there’s a good deal of personality, history, and plot that curls around them really nicely. For the incubi however, there’s only one character who receives the same treatment, and in truth I want to know how that story turns out because the little pieces of his life, and his problem, were very strongly felt against Willow’s own.

Willow’s character is complex, having her own issues, fears, needs and wants, and being so ties the various plot threads together really well. There are a few points where she’s a bit whiny, lost, unsure, and makes a few judgement calls that are questionable, but there’s a reason for them. His name is Greg.

While most of the work is told from Willow’s perspective, when Greg’s comes into play there were a lot of moments, much like I felt with Willow, where I wanted to hug him tightly. There are good souls in this series and Greg’s is really one of the most wonderful. While his past is a mess, encountering Willow, how she effects him, and his internal monolog tells a lot about him. It’s interesting to listen to his thoughts as he tries to piece everything together, but there comes the moment when he is with Willow for the first time and even as he and Willow fall into each other’s orbits, Greg still manages to ask questions of her which really nicely tells a lot of things about the succubi and incubi without making it feel like an information dump.

The succubi and incubi in this work are, for the most part human save for a single difference that I think works really well. While there are no horns or tails involved, their abilities to seduce are wonderfully told, I liked that they survive by being pleasured by and pleasuring humans, but how it works, exactly that no one remembers them is a bit of a mystery. As is how things work that they cannot be “seen” on video, or otherwise, in the midst of their feeding. It brings up an interning question that I have been pondering, and I wonder if it would appear in this work. It did, in a way, but fleetingly, leaving another mystery to be told.

There is a lovely undercurrent of humour which works really well, a bit of snark here and there which wasn’t over done. The plots are complex and mesh with the scattering of erotica quite well. The erotica is best when Greg or Willow is thinking about each other in a fantasy world before they actually meet and when they come to touch for the first time, that scene is delicious in that the heat, the passion and the need are every bit as strong and powerful as their fantasy.

Overall the writing is very good, the dialogue is real and there’s a certain pleasure in listening to each character tell there part of the story in their own way. The only point that brought me up short for a moment was when something like: “Marissa is a succubus” then described her in the past tense, then continued with the story in the same tense that had been used. It sounded very odd in that moment, but this is a minor quibble really.

The heat is perfect, the telling of Willow’s succubus powers is delicious and enthralling. I wish there was more background on some points raised however. Just how does the power of the succubi and incubi work exactly in making them not appear on recording devices when they are feeding? That’s a talent I’d love to understand, even if that comes to a little handwaving.

There is a mystery still unsolved and unanswered and that seems to be the core of the series going forwards. At the same time not all of the characters have told their stories, had their secrets revealed and that is the greater tale to be told here.

A lovely story with delicious heat, two wonderful characters, and a storyline that holds up throughout. There’s still a lot of things not explained, large parts of Willow’s kind not explained but mentioned in passing. Well written, an excellent start to the series as a whole and it promises so very much in being so. The threads will be knitted together at some point and I do look forward to that happening.