A Review of I’ll Never Forget You by Nanea Knott 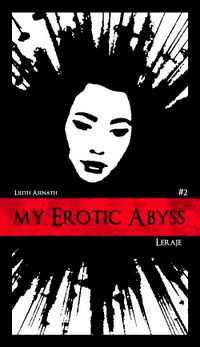 A very short pair of works as a series for review on the Tale today in which the theme is one of exploring one’s self, purpose, desires and, at the core, discovering why they are as they are and not as they wish to be.

The belief in oneself, how we see our core emotions, reflects on those around us. It also becomes how the incubi and succubi come to be seen in our eyes as well. But in the depths of sadness also comes the truth of something more. That we can find our purpose, rise above our sadness, and discover there is love to be found…

The works tell of:

The summary is, really, not telling the story well and as such I think a better one would be: Layla is a new arrival to a small coven of witches. Her guide, Charlotte, gives her tasks to perform, to begin her path, and in doing so Layla comes into contact with two incubi that help to open her eyes, and mind, to what her path can be. In walking her path, Layla finds her reality opening, her mind exploring, and her world being more than she could have imagined it was before and along the way, the pleasures discovered, felt, and shared are surprising even for her.

The most amazing thing about these two works is not the erotica, which is lovely, has wonderful heat, and in being so, helps to tell a story of discovering oneself that I did find captivating. The amazing thing is that in such a short work there is so much character development, so much story, so much emotion. In having all of this, opening Layla to finding out about herself, who she is, what goes in within herself, that’s where this series shines.

The two incubi of the work, who’s names are in each title, are reflections of Layla herself as she learns of her own soul. They show her own sadness, but also her own desires, wants and needs. They offer a means to exploring who Layla is, what she needs, but at the same time, they open to her the gift of seeing there is more to her own self, and that of the mysteries around her, that she expected.

In telling that story of self-discovery, there’s so much more than simply a story of sex and summoning, which for me made this so much more than what the summary suggested. I wish the author had taken more care in their summary, to offer a hint of what really awaits in the stories than what was. Being so short, not telling more of the amazing writing that these works have did a  disservice and that, more than all else, hurt things most of all.

The writing is excellent, the characters are strong, whole and complex. There is very little wrong with the works, a very few minor spelling mistakes here and there, but that doesn’t take much away from the story told. The thing that does take something away is just that the story told is too short, comes to the end too fast and in doing so, the work leaves one wanting just as the fullness of the story crests. Like pleasure brought to the full too soon, there is want unfulfilled and it is a shame that happens here.

The story deserves better and almost gets there, but stumbles at the last. Much like Layla herself, the story leaves a hint of sadness, wanting and needing in being unfulfilling at the very last after all of the wonder is offered.

I wish there was more of the series beyond these two short works, and really there should be. There is so much promise in the small taste of Layla, her path, her discoveries about herself and the world about her. The joys in finding her way are wonderful, true, and more…