A Review of Transformed and Bred by Abigail Pierce

No, this isn’t a Sexy Devil Costume and you aren’t trying at all 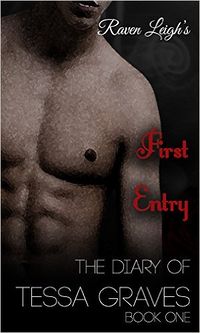 The Diary of Tessa Graves: First Entry by Raven Leigh

A review today of a short lived series that was here one day and gone the next. It’s a shame how often this keeps happening and really it need not be. Perhaps if an author is uncertain about their writing they might think about gathering their thoughts about them before publishing a work, or a pair, and then remove them soon after.

Offering a story to tell is a good thing, but then not carrying it through, or telling what needs to be, can make even the best of stories just a whisper in the wind before they are gone. Perhaps knowing the story, and seeing it is more than erotica is a good place to start?

Men are nothing more than playthings to her who provide her with entertainment and sustenance. This is especially true of those who are of the alpha persuasion, or even better – the twisted type.

She is not a “lady of the night”, although from the richer types she is not above exploitation. Tessa is only one small part of a much larger reality that most human beings do not see.

A beautiful and dangerous predator, she lives in shadow world which lies on the fringe of modern civilization – a place where the creatures of fantasy and lore exist right under our nose, yet out of sight.

Tessa is a succubus, one who is very self-assured in her abilities even if she doesn’t really understand them. Her story begins with the discovery of her sexuality and the effect she has on others. When one of them is someone she knows intimately, there’s nothing to stop her from taking what she needs.

The work is told from Tessa’s perspective and overall it’s very hard to like her as a character as she speaks from the present and tells the story of her past. The Tessa of the here and now is jaded, almost aloof, and overall has the personality of a shark looking for its next meal. It is a sharp contrast with her personality of the past, and as a whole I liked the somewhat more innocent Tessa than the matured Tessa. There’s just something about her that rubs me the wrong way and I think a lot of that comes from how cold she is.

As the past is told, we learn about Tessa’s life, her adoption, and the family she lives with, including an adopted brother. When her powers come into the fore, he, of course, becomes her target to sate her new found needs. It’s a half-hearted erotic scene for several reasons, not the least of which is the condition of the “brother” before things unfold which, for me, is a complete turn off. Still it does provide for a means to draw the story forwards and tell of Tessa’s thoughts about the past and how it started her on the path to where she goes next.

It is made clear that Tessa feeds on men, and, at least her older self speaks of killing many of them. She also mentions that succubi like her are “unique” and “the top of the food chain” which tends to put a particular light on the story overall. As such, at least personality-wise, Tessa becomes very much a stereotypical succubus in her thoughts and actions and needs which seems a waste considering how her past played out.

The writing is a bit stiff, there’s little emotion from Tessa herself and that takes some of the heat away from the story. She’s interesting as a character, but her personality makes it difficult to want to see what comes next for her and it needn’t be.

A somewhat tepid beginning to the series with a character that isn’t as attractive as she really could have been. Still, the question of how Tessa got from where she started to where she seemed to end up remained a question unanswered. 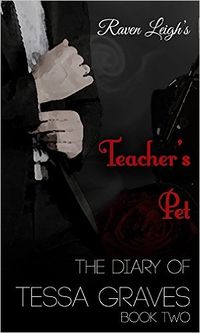 The second work in the series didn’t promise to tell the story of Tessa in the now, but again a story of her past. As seems to be a theme in a lot of books about succubi, it has to involve a mistake and a death caused by Tessa. It’s a shame that the aftermath wasn’t explored fully.

There’s no such thing as being innocent when your own needs drive you to do things you didn’t think you could. When you taste the souls of others, you never are really free of them.

The first time I killed a man was not entirely intentional. I hadn’t meant to do it – it just sort of happened. But when my college friend Samantha confided in me about her snake of a teacher, Professor Donovan and his lecherous ultimatum, I knew I had to help.

Help myself anyways. After all, there’s nothing tastier or more invigorating then taming a bad man like the sexy professor was, and I was hungry for a challenge. Little did I know, I was about to get in over my head.

Tessa has been at university for some time and living with a innocent that knows nothing of what Tessa is. Finding out that someone did something to her friend, Tessa decides to take her own kind of revenge. In the aftermath Tessa will never be the same and the door will open to a world she never knew existed.

The work really doesn’t focus all that much on the ensnarement Tessa performs overall. It’s more about this part of her life, who she lives with, and what she has been doing to make ends meet. Discovering that she can wrap men around her finger turns her that little bit further into a stereotypical femme fatale, but with a succubus twist to her.

It is in this work’s telling of the past that her cold attitude really comes through and the change from who she was to who she is comes out. One interesting point about Tessa’s powers is that when she feeds on others, she gains their abilities. Not their memories it seems, but she has their talents, for example in painting, and it adds a little difference that was interesting.

The time spent with her roommate, at least outside of Tessa’s thoughts is cute and works, but the background commentary reinforces that Tessa isn’t who she was anymore. This comes out fully when the plot turns to her seeking revenge for her roommate and how that unfolds.

The erotica is lukewarm, really a rush begins to the end of the work as it happens, and there’s little heat. There is a point to the erotica, and it sets up a mystery, but soon after the work comes to a close, ending on a cliffhanger, which is the problem.

There is a tease of the next work in the series, but it was never released and further, soon after these works were published they were removed. As such, the work doesn’t answer any questions, leaves only the thought of what might be and nothing more.

I think the third work might have explained a lot of the hints that cropped up in the two works that were released. But as that work didn’t appear, it leaves a pair of books with nothing really settled and not a question answered.

Tessa needed to be more attractive in her mind, even if her physical form was. Being that she had a black heart within herself, that leaves very little to be attracted to. Making her more interesting, telling more story over the rush to the erotica would have been nice.

But as the series seems abandoned, we’ll never know.