A Review of My Sexy Succubus Girlfriend by Aya Ocean

A Review of the Modern Hell series by Virginia Locke 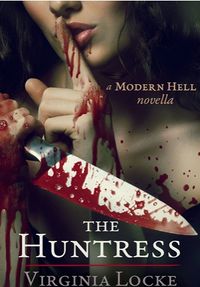 The Huntress by Virginia Locke

Quite some time ago, I reviewed a work here on the Tale which ran hot and cold for me. I had quite a lot of questions about it, expressed that there was a bit too much horror and not enough story as well. You can find that review here, if you are interested, but you don’t have to.

The reason for that is because the author reissued the work under another pen name, and as well added a second work in the series. Having two works to consider, I thought that there might be some story focus, because really that’s the one thing the first work needed more than anything else. However, that really didn’t come true, the horror aspects still override most of the works and as such, my opinion of the series overall hasn’t changed.

As a succubus, my lust can only be satisfied with two things: blood and sex. However, few men are dark enough for my tastes. I don’t like easy kills. I like a challenge. I like to hunt.

Tonight, I’m lucky. I’ve found a predator as warped as I am…who also just happens to also be carrying information that could tip the scales in a brewing celestial war.

The review I wrote several years ago about this work remains the same as a whole. The story is set in a world caught in the middle of the war between Heaven and Hell. The main character of this story, Dena Bat Mahlat, is a succubus. She has a demonic form and a more human one and is, in a lot of ways, stereotypically violent, arrogant, evil, and all of the other things that succubi, at least the classical ones, are seen to be. She kills those that she is with, in the most violent manner possible, and attached to that is a need to control men around her and debase them… All of which makes her as a character someone that I honestly don’t like, don’t care for, and wouldn’t be sorry never to see again.

Setting aside my dislike of her, the story is written well save for a few points where I wondered what the point was to bring victim after victim for Dena. There is, at the last page, some sort of explanation for what has happened, but it doesn’t really pay off all of the rest of the work in how short it is. The story seems not to be well fleshed out and is pushed into the background against all of the violence that Dena creates. There is a story there that isn’t touched on and I would have liked to be able to see the connections that have to be there, but aren’t explained.

There is a succubus, but a succubus should be more than a monster and violent. 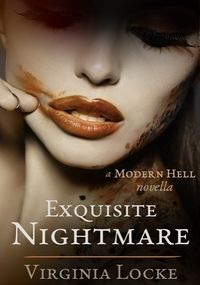 The second work in the series, while focusing on the actions of an Incubus, doesn’t really stray from the horror and violence that was at the core of the first work. In truth, it is a lot more violent, especially in the ending, and that didn’t do a lot for me either. It is more like a dream sequence in the midst of a slasher movie and being so, even if the building up towards the sad conclusion was better, the conclusion still took away so much for me.

Compared to the first work in the series, the actual erotica isn’t violent, there isn’t the overwhelming theme of blood and so forth, at least until the reveal comes in the last few pages of this work. Then it comes out in full force, the story collapses into the horror and then simply ends, the point of the story really not made.

The incubus, and it is one to be clear considering that it appears in a “dream” at first before reality comes into play, isn’t named, but for all of the actions, the words spoken, and the last moments of the work, is just as stereotypical as the succubus in the first work of the series. There’s really no development of the character, simply being there to bring about the end of the work in the most violent of ways.

It’s hard to call this work horror erotica, the first is far more clearly that. This work seems to be more dreams turning into nightmares which, again, has the feeling of a mid-80s horror movie. I don’t especially like out-and-out horror stories, and this work manages to keep where it is going a closely held secret until the last few pages, but then it is completely horror and it took away what I had enjoyed to that point. The ending is truly movie level horror and then some, and it wrecked the entire work for me. I can accept the first work for the horror and how that was handled. The second it was just… wrong.

More of a disappointment in the ending than anything else, the last of a “why” to the story also took away from it.

The series did not continue past the second work and as such there is no continuation of the plot, the universe, the reasons of why things happened as they did. It would have been nice to have some of that in the second work as it was in the first, but that didn’t happen. There is a story among the horror that hooked me in the first but vanished in the second.

It need not have been that way I think…