Really it isn’t all that bad a Devilish costume…

A Review of Belle of the West by A. Henry Keene 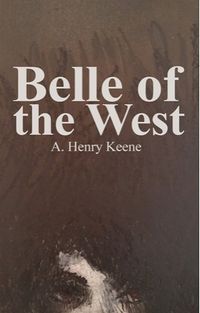 Belle of the West by A. Henry Keene

The thing about writing a collection of stories is that the connections between them can be difficult to achieve. Once that is managed, then the stories should be part of an overall whole.

Sometimes in getting to that point, the stories themselves can become a little disjointed, scattered, looking for their own purpose before making that connection. In doing so, at times, that makes the stories a bit harder to follow. It isn’t always the characters or the setting that is the problem, sometimes it is simply that the story itself runs away from the author’s fingers and they have problems keeping up.

The tells the story of:

A patchwork of tales, “Belle of the West” is a dark meditation on the Feminine in Western culture. Through stories and poems as diverse as supernatural horror, gun-slinging western, and southern tall tale, “Belle” explores a variety of characters and follows a soul-destroying demon as she begins to transform.

As a whole, it is rather hard to define or describe this work overall. There is a succubus-like being called Meridiana who appears in the beginning of the work and then, through the passing of time and the taking of other forms, interweaves herself into the lives of others. As she does so, she changes them, alters them, and in the end there is loss in all ways.

The stories that make up this work are quite different, one being a modern tale, one from the past, and another having a western theme. The change in tone and style in each is a bit jarring but once past the initial introductions, the stories have a life of their own and are captivating in their own ways.

There is a bit of murkiness however in that the stories become a little disjointed over time, occasionally losing their way before finding it again. Along with this comes an undercurrent of horror that, at times, was a bit too much for my taste to be honest.

The characters are very complex, having history, goals, and needing to face situations that push them beyond anything they might have expected. The relationships are strained, they are lost, many times because of Meridiana’s actions, and in the end there comes a moment where hope is lost for there comes little choice in what they must do. Either for themselves, or for the ones they love, trust, or need, there is a reckoning and it is, at times, terribly sad.

The work is not finished, the author made that quite clear when they published this work. The reason is, again, a sad one, tragic and that I think comes out in the stories themselves to a large extent. As such the work ends at a point which leaves questions. It reads as being unfinished, in the midst of thought, and wanting to tell more.

There is much here that I liked, found interesting and thoughtful and I would like to know where all of this leads to sometime.

Completing the thought is a hard thing sometimes, life can make that impossible. Sometime I hope to see that unfold as it needs to be here.