A Review of Tale of the Farm by R.K.B. Kirin and K. Bell

A Review of Claimed by a Succubus by Naomi Silvera 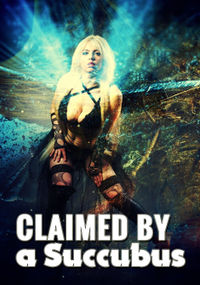 Claimed by a Succubus by Naomi Silvera

I very much dislike stereotypical stories about Succubi. I do not like to read stories where the end result is, sadly, a complete and total destruction of what happened in the work before that point. I’ve never understood what, exactly, is the point in doing such a thing.

To write a story that tries to have some heat in it, to try to create characters that have something interesting in them and then toss that all aside for what seems to be a matter of finding a quick means to end a story doesn’t sit well with me.

Joey, a college student and talented quarterback from Woodwill University never had a lack of hot women surrounding him. After his game against Summit High he meets a mysterious and beautiful woman named Lisa. Joey is intrigued and decides to have drinks with her.

However, he will soon find out that she’s not human and that his life might be in danger.

Joey has all of the girls he could want being the star quarterback. Lisa appears and he expects things to go his way again, but Lisa has other things in mind for him.

I find it difficult to even call this work a hot flash because, as a whole, there isn’t anything hot in it. The characters are paper thin, the story is fleeting and most of all, the succubus herself is in almost every important way, completely stereotypical. There’s no passion, nothing to give the characters anything that would make the reader care about them.

The entire story leads to the final line in the story which doesn’t offer anything other than the well over used theme of “succubus feeds on unwary human then ends them” trope. The story itself doesn’t hold much within it save some sexual commentary, the occasional flirting and beyond that there’s nothing much to the story because at that point Lisa, the succubus, appears and takes over.

The work has no character development, no heat, nothing really of interest in it and even as the hot flash it is supposed to be it cannot manage to create that heat. Really there is not much in this work to enjoy and that’s disappointing. Little story mixed with little heat doesn’t make for a very good read.

I’ll give this work one out of five pitchforks.

A disappointing ending that was telegraphed from the beginning, characters that really didn’t hold much interest and a story, as a whole, that was only their to lead towards the erotica. There can be better, should be better, but isn’t.