A Review of The Descendants of Lilith series by Rhozwyn Darius

A Review of The Succulus by Lacey Maudlin 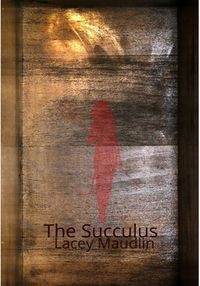 The Succulus by Lacey Maudlin

What was once lost, now is found.

At the Amorous Adult Antique Boutique, Gillian has finally tracked down and rediscovered the haunted sex toy that she vowed revenge upon seven long years ago. Now 25, she’s enlisted the reluctant help of Brandon, the former boy-next-door, to destroy the object for good. Can Gillian and Brandon destroy it before it has its wicked, wicked way with them?

Gillian’s past involves an item called a Succulus. A mysterious item that made her do things she cannot explain to herself, or to anyone else. Finding it again, she asks Brandon to help her finally end its existence. But the Succulus has other ideas.

Simply an amazing piece of writing in many ways and in being so, it tells a very involved and detailed story that mixes very hot erotica with a strong story that holds you from beginning to end. There are a lot of questions, mystery and events that revolve around the Succulus and the author is very careful to tell the story in a way where it isn’t quite clear what, or who, is in control until the very last few pages.

Being that the the item, the Succulus, is described in the way it is, and I won’t spoil that here, what it actually represents, what it contains, and what its power is turns into both a fantasy but also a twisting of reality around Gillian and Brandon as well as the others in the story. Part of that power is obviously sexual in nature, but there is also a wonderfully hot theme of mind control as well in the story which serves to make the events, as they are told, even hotter.

The story travels through time a bit, telling of the past, but then the events of the present pass by in the most interesting tones and descriptions which, when the truth is revealed, makes quite a lot of the story questionable in whether it happened as Gillian remembers, or it is how she has been told to remember it… as long as she can that is.

The Succubus of the work, and there is one, isn’t quite what you might expect her to be and the way her powers work in the story is an amazingly original idea that I really enjoyed. How she is discovered, as well, is quite the moment and as that unfolds, it leaves open so many questions about the Succubus’ past, why she is where she is, and what the possible future of the characters might be.

The erotica is, as I have mentioned, very hot, actually a bit more than a hot flash in it’s nature and I really enjoyed how the experience was told by Gillian and the other characters in the work. The reasons behind what happens, and how, are kept at bay as long as possible, but when they are revealed and the story is thought back on, the events make perfect sense and the heat is a bit stronger too.

A strongly written work, very well centred characters in the midst of a mystery they are trying to unravel and when things are changed, twisted, the moments are so subtle at times that it is almost invisible until the ending which leaves the work at a lovely heated pitch.

As much as I loved the work, I would have liked to know more about the Succubus, to have her speak, to hear the words in her voice that the other characters hear. The truth about the Succulus itself isn’t told, though it couldn’t be because the answer to the questions never really comes even if the characters do instead.