A Review of The Succulus by Lacey Maudlin

Just because the costume is shiny doesn’t make it Succubish

A Review of The Descendants of Lilith series by Rhozwyn Darius 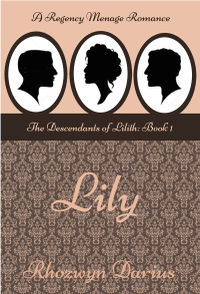 Lily: The Descendants of Lilith by Rhozwyn Darius

The most difficult thing to manage is a work of fiction that is based on a past time which, as a whole, is so very different than the world of today. Being so, there comes moments in the story which, from our perspective, are confusing, strange, and even at times it’s hard to understand the structure of classes in that time.

Mix into such a story succubi and incubi, who survive through sexual relationships, and force them to exist in a world where such things are never talked about, al least in private company, and there is no end of problems to overcome.

A review today of a series that manages this tightrope extremely well and in doing so brings about all sorts of questions about what might have been.

At the height of the long, endless winter of 1816, Peter Oldham rushes his dying widowed sister to the one place in London, perhaps in all of England, where she might be saved. Suffering from a condition peculiar to Lilith’s Children, Lily Oldham Montville, is Dousing—dying from the lack of sex. She’s fortunate, indeed, that an old friend, Jack Howard and his lover, Hal Lockwood, are available for a long night and day of sex, revelation, and truth. Ignorance is dangerous for humans, but an order of magnitude more dangerous for the Children of Lilith. Gifts have prices and the Children all live on the knife’s edge of pleasure and danger.

In a timeline just a heartbeat or two away from ours, Lilith’s Children are the descendents of the goddess Lilith and the giants of old. In 1816, as a minority population, they have interbred with the Children of Adam and Eve until they are more hybrid than pure. However, the recent influx of French aristocrats running from the terror of the French Revolution and marrying into upper class British families have created a new generation of incubi and succubi who carry more of Lilith’s genes than any Children have in many generations.

The second work in the series I am listing here, before the actual review of the series for a reason. 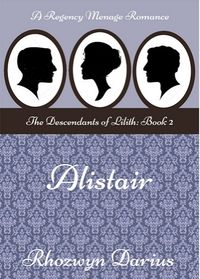 Alistair: The Descendants of Lilith by Rhozwyn Darius

I’m doing so because the connection between the two works is very strong, really they can be considered two halves of a larger novel as a whole. There is a lot of crossover between the first book and the second, for one, and the themes are similar in a lot of ways.

A society of succubi and incubi making their way in a world where their own needs can be their undoing in more ways than they can imagine makes for some fascinating storytelling.

It’s the winter of 1816 and London is frozen over. Kenelm Sutton has gotten word that a young lady of quality, rumored to be a Daughter of Lilith, a succubus/ human hybrid, will be going up for auction at a high-end brothel. Kenelm and his lover, Alistair Temple, the Earl of Ravenwood, decide to investigate.

Harriet Stanville has been betrayed by her stepfather. She’s not surprised because he’s been drugging and molesting her since her mother’s death. She is shocked to find that her evil stepfather has apparently given her up for private sale. Purchased by the infamous Earl of Ravenwood at the behest of his paramour, Kenelm Sutton, Harriet is reasonably sure that her situation has taken a turn for the better. Besides, she’s a practical soul and being the kept woman of the most well-known rake of the Ton, and his handsome paramour, isn’t the worst thing that could happen to a woman in her situation.

However, all was not as it seemed at her auction. Evil is on the move and she and her new lovers are the targets of long-held obsessions.

In a time where sexual needs were not spoken of in proper company, alongside humanity that sees, but at the same time does not, succubi and incubi exist. Within their own society, they attempt to find themselves, their way in the larger world, and discover how to deal with their own natures. The path is not an easy one, there are so many chances to fall to the side, to be taken, bent, abused. But within all of the terrors there are joys to be found, given a chance, a hope, and the will to make them true.

The series’ historical setting is used quite well to set out several plots and themes that run throughout. There’s a clear class structure, as there was in that time, there is a distinct attitude about sexuality, again which fits well and adds to the difficulties that the succubi and incubi characters encounter. What’s more telling about that is how the class structure, how women were seen in that time, what it meant with regards to their own sexual needs, has a strong influence on the story of all of the succubi characters, and to an extent the same can be said about the incubi as well.

The description and explanation of a society of succubi and incubi living, mainly surviving at times, in a societal structure that frowned upon open sexuality, whatever the focus, is a complex thing and it is present throughout the works. Listening to the characters, all of them, not just the succubi and incubi, but those connected to them, dancing around the concepts and ideas of sexuality without actually coming out and speaking if it seems odd from our current perspective. But this is how that time was.

The characters themselves, especially the main ones in each work, are complex and have their own faults, wants, and desires. But they have no little opportunity to reveal them, to express them and to needfully act upon them that there is a palatable tension in each and every one of them. When the moments are offered to release that tension, to sate their needs and fulfill themselves, then they become more alive in the work. There’s a clear distinction between those with no joy, love or life, and those that come to see there are other means to that need than what the overarching society will allow.

The works are complex, not just in the plot, but in the language. The words spoken and thought are odd to a modern mind, but when taken in the context of the work’s setting, they fit, they are true and add a needed anchor for the series to proceed from. At times the story is a bit plodding as a result, but this happens only occasionally. The last of a modern context give that little bit added depth to a work that otherwise could have easily slipped into a mis-mash of modern thought and past history.

I’ll give both works in the series four out of five pitchforks.

As a historical work of erotica I found the characters worked well, the story made sense and the events didn’t seem out of place for the time. The class distinctions told the larger story, and in some ways I would have liked to see more about that. Many of the supporting characters had just as interesting pasts as the main ones, but as the series focused mainly upon all of the succubi and incubi, they weren’t quite used to their fullest which might have made for more depth. Nonetheless, a recommended pair of works for those interested in historical erotica with a wonderfully complex succubi and incubi society.