A Review of My Dreams Made Real by Cora Cross

A Review of Forever Young by Kurt Dysan 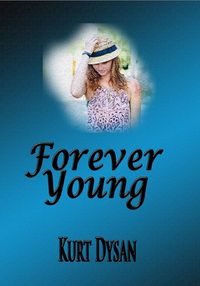 Characters that are Succubi tend to lend themselves to be written as Femme Fatales with some regularity. It does make sense in that they attract their pray, entwine themselves to them and, eventually, they create some sort of bad ending for whom they are with. That isn’t true of all Succubi of course, but it does seem to be one of the tropes that is written about quite a lot.

The telling of that particular story is somewhat of a tightrope in that how things unfold, what the character’s personality is like matters. The entrapment has to make some sense, how things unravel needs to fit the character and their actions as well. But most of all, there needs to be something about them that says, clearly, they aren’t exactly what they seem to be. But the reaction to that has to make sense as well and that can be the hardest thing of all.

The allure of a succubus. She’s beautiful, sensual and his best friend’s wife. She radiates some sinister quality, yet she never does or says a thing that doesn’t suggest she loves her husband, even as he’s wasting away. He has no reason to think she is anything but a loving wife. And yet…

Charlie is concerned about his friend George and why he seems to be getting older and weaker by the day. An encounter with his wife Myra bring questions to him and then when Myra seduces him and George passes away his concerns become fears. Myra is more than she seems to be, but will Charlie escape her attentions?

The best way to describe this work is a story about a Succubus who has become very good at her role of a Femme Fatale. She appears, for all intents and purposes to be a loving wife, but when she turns her attentions upon others, it’s quite clear that she isn’t all she appears to be.

Myra is never really said to be a succubus in the work, though it seems to be very clear that she is one. While her charm, seduction, and yes, hints of mind control are quite clear, she isn’t exactly a succubus in the traditional sense. While physically she is the epitome of sex and her outward personality is attractive to the point of being overwhelming, at her core she’s a cold, rather matter of fact character and it is a stark contrast when that is revealed over time.

This is what really sets this story into a Femme Fatale tone as through the work Myra comments idly about her conquests, her needs, and there’s not so much as a wisp of actual love or caring to be seen over all. Myra is a predator, quite a good one really, and her only purpose is to find prey and make use of them.

This brings about the one part of the work that gave me pause. Myra’s actions are, as a whole, quite public, and being so doesn’t quite work I think. Of course these moments are seen from Charlie’s perspective, and the world as a whole wouldn’t be likely to understand, but there is a point where Charlie comments on seeing Myra on television, looking younger each time and the man she is with looking older in a very short period of time. It is done for effect, but it requires a suspension of disbelief that I couldn’t quite manage.

Myra herself is distinctly unlikeable and that’s a shame because I think she being so cold and heartless took away what might have been a means to learn more about her. As it is, there’s nothing told about her past, if she is a succubus in truth, how old she really is. She is there in the story as a force of nature, claiming her victims, and not much else.

That all said, there is something about the work, in the tone, in Charlie’s character, that is interesting and attractive to read about. Reading as he tries to understand what is going on, what it means and then having to face Myra and the aftermath tells a difficult story about him.

The ending of the work is expected, really not a surprise, and being so that was disappointing considering all that Charlie learned. As well, the ending is much too short when compared with the story as a whole. It’s too abrupt, too simple an ending and I would have liked something a little more robust. However, being that the work is from Charlie’s perspective, that can’t be helped with how everything played out. Perhaps a little postscript might have been nice to see.

A tragic story in a lot of ways with one character that is overwhelmingly cold and heartless. A bit too much so for my tastes, but in being so, that adds something as well to the work that makes it a different sort of story. Not all stories are about love, sometimes they are about being practical. Myra is most definitely that.