Succubi Image of the Week 410

The look on the model says everything about the costume… 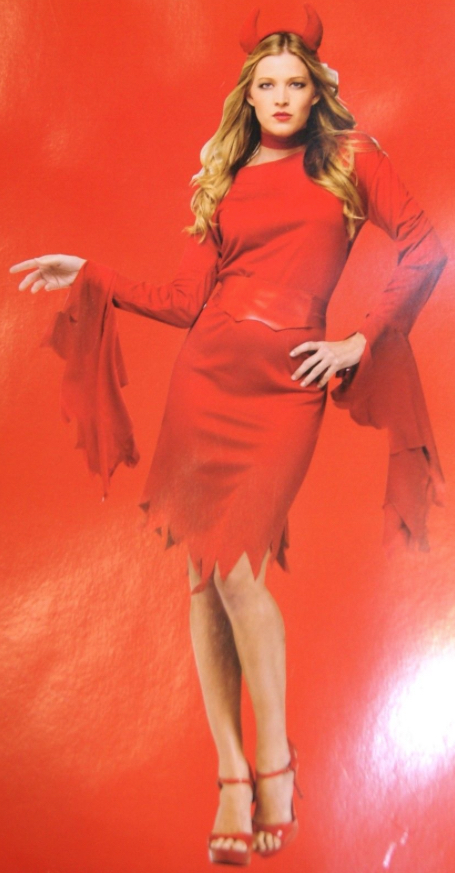 Have you ever noticed that sometimes, and not always, the models that are used to sell costumes have the most interesting expressions? Sometimes it is funny, sometimes sexy, rarely seductive. However, there are those moments when the expression they have simply tells you exactly what they think of the costume…

This is simply called Woman’s Devil Costume and it comes with the dress, the horns, what they call a belt, and the choker. The shoes are not included and this sells for $20 US.

The entire thing does nothing for me, at all, and really just looks cheap, unflattering, unfinished, and most of all… It just looks like… nothing.

Even the horns that come with this mess seem to be odd, certainly oversized and really do nothing for me as well.

But more than anything, it is the model’s pose and her expression that tells me that this costume is something that shouldn’t even be considered by any means. Mind you, she does have a sort of “mind controlled” look in her eyes and expression… Which would actually explain how it is that she managed to wear this mess as long as she did to allow the photo to be taken.

I can’t see a way to make this better, there’s just too much wrong with this in style, material, look and more…

That’s being generous I know, but there is worse and I have to remember that don’t I?