I came across a cover of a comic book from the 1990s a little while ago that brought me up short for a moment. It is, I will admit, not exactly “seductive” at least as I see things, but it is interesting and as such I wanted to share it, and also to ask if anyone has one, if they can tell me if there is, in fact, anything Succubus-like in this issue or any other in the series. 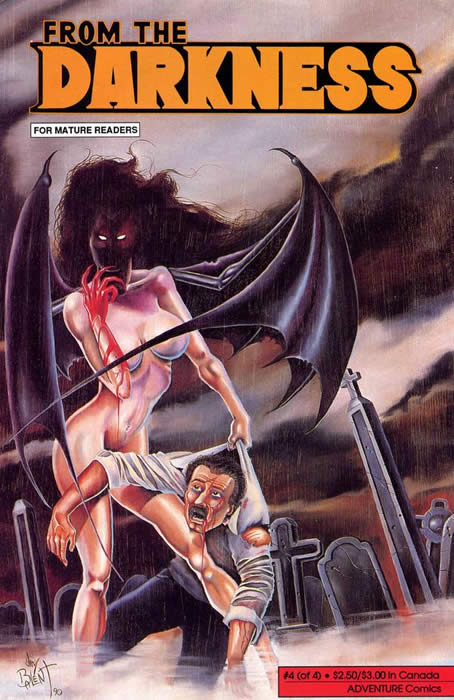 Now it isn’t the most sexy of covers with a Succubus on it, but I think she could be seen as being one, though that isn’t exactly clear. I’ve seen some of the other covers in this series and, as a whole, a lot of them have either a Succubus or vampiress theme to them. So, possibly, there is something Succubus-like within the pages, but as yet I haven’t found any copies to say for certain…

So, as such, if anyone has a copy, and this is something that should be part of the SuccuWiki, please leave a comment?