Succubi Image of the Week 408

A Review of His Toy by Misha Ray 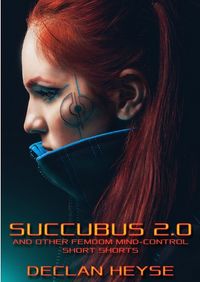 A review this time of a collection of short stories that have, in some ways, connections between them and as well at the same time a bit of a disconnect as well. While the subject matter deals with some of my own personal interests, it leaves something to be desired in the reading however.

Not all things called Succubi are, of course, Succubi as we know them… Sometimes they are the things that we have within ourselves that reflect needs, wants and desires… and the price to be paid for them…

This connection gives a semblance of a complete story, but at the same time there needs to be more revealed in that story than there is. The work feels like each passage is a summary of a longer work, a teaser if you will, and as such leaves a desire to see that complete story which is hidden among the words here.

There is but a single reference to Succubi in this work and this story tells of manufactured fantasy and what it did to the world… and what it might still do if the moment came to be. The work, called Succubus 2.0, is intriguing and makes me wonder about what that particular larger story might be. Again, the fleeting glimpse in this work of the larger story mainly teases a summary of what that story could be and leaves the rest to the imagination of the reader.

As a whole, the same can be said for the entire collection. There is just enough story to capture one’s interest, but then nothing more comes from that. In truth the author should consider taking each of these short summaries and transform them into longer, more involved stories.

There’s a lot to like here, and it really all should be told to the fullest…

Quite an interesting collection of little vignettes that I thought worked together well as a whole. Not really a work about Succubi per se, but the mind control aspects are quite clear. I would have liked to see the story that comes between the vignettes as I think that would have been an interesting read.