Succubi Image of the Week 406

As Lost Girl rides off into the sunset… I still want to see Bo with horns and a tail.

A Review of Intimate Journeys by Ss Hampton Sr. 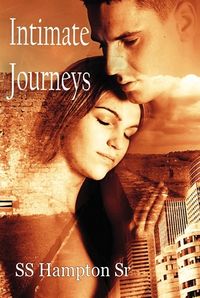 I think that writing an anthology collection has to be one of the most difficult things to do. To find a theme that holds the stories together can be quite simple or very complex. There are some stories that touch one’s heart and others that make you sigh when they are done.

It’s a delicate thing to be able to write stories that have, in each of them, something to say and to say that well. To express ideas, to tell stories, to bring characters to life and make them matter.

That’s quite a special thing to accomplish. It should be shared more widely that this particular work is I think.

The work is an anthology collection by the author:

There are two stories in this anthology that have Succubi or Incubi appearing in them and as such they are the focus of this review. I will also, as I do in these cases, review the entire work as a whole as well.

The one story that, for me. was the most amazing, strong, and powerful by far was The Christmas Queen. It was a story that told a tale that simply captivated me from start to end and more. The concept that comes out in the work is very unique and one that, while it told of lust, it also told of love and how the power of that love can work miracles. The Queen herself, a Succubus named Ayla, at least she describes herself as a Succubus, is just an amazing being and one that does reflect much good within herself as the story progresses. The story… simply is. It is strong, clear, emotional and more than anything has been in my thoughts for quite a lot time afterwards. How Ayla is described, her actions, her attitude and power are all quite Succubus-like, but the reveal at the end of the story just made the story perfect in every way and I loved everything about the story, the characters and more.

Another work in the collection Rose Cliffs, has but a single reference to both Succubi and Incubi within it, but the beings spoken of in this work do seem to have all of the aspects and as such it is, in a way, the second work that took my attention. The work has a rather strong tone of mystery to it that I thought worked well and while some of the events in the work were a bit harsh, the story itself, the events and characters were every bit as strong. The concept in the story, how that is told, the way the mystery is woven into the story is amazing and when the climax comes, I was rather surprised by it. While the work is, for the most part, complete, it ends on a point where there could be a “after” and I think I would have liked to see that.

The third work, Imnachar, had one of the characters being an Incubus and it is quite the different sort of story when compared to the other works. Set in a time of war, there is quite a lot of strife, conflict and emotion within the story and when things become difficult, the story turns in a direction that I didn’t expect, but made perfect sense. The comparison of the Incubus in this story with that of the Succubus in the other is interesting, but what I thought was the most powerful was the sense of honour that the Incubus had and where that took the story. The ending especially when a promise is made, managed to surprise me and that was quite the pleasant thing to see.

For the anthology as a whole, I found that some of the stories didn’t quite do as much for me emotionally as others did and as such they tempered my enjoyment of the work as a whole. Nonetheless, the work is really one of the best collections of stories that I have read this year and I enjoyed the work as a whole very much.

The author put a lot of heart and soul into his works and it really does show well. I do recommend the work but it’s rather hard to find a physical copy or to find an eBook online. I could not order a book through Amazon, it was not available as an eBook either there. After some digging I found the publisher’s website and managed to order a copy from them. I am exceptionally pleased that I took the time that I did to find this work and read what was, for me, a wonderful experience.

It is a shame that this collection isn’t more widely available because I think it deserves a wider audience by far.

I’ll give the anthology four out of five pitchforks.

A series of touching, involved stories that are amazingly well told. A bit uneven here and there, but well enjoyed and cherished…