A Review of Nikki Noshit 2 by Nikki Lacroix

This really isn’t trying very hard to be a costume

A Review of Seduced by the Succubus by Avery Fox 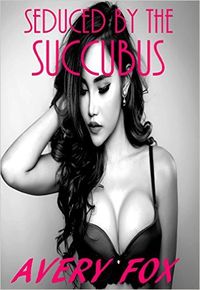 Seduced by the Succubus by Avery Fox

There are some stories in which there is a lot of promise from the first page. There are characters that are interesting, a story that has depth, emotion, and seductiveness. Following that with some wonderfully hot erotica that adds to the story, emotionally connects one to the characters is even better.

However, when the ending of the story takes a turn that need not be, kills all of the heat, rips away the emotional connection and leaves nothing but emptiness in its wake… that’s a real problem. It is never a good thing when a story falls back upon stereotypical views of Succubi to bring a story to a close. That, more than anything else, disappoints me.

Jenna has a new neighbor, and she really is to die for…

Cassie Shimura has just moved into the apartment next to Jenna Holt’s, and something about the stunning young bombshell has strictly straight, currently taken Jenna hot and bothered. The more she sees of Cassie, the more she wants her, and Cassie seems more than willing to give Jenna what she needs… but at what price?

Jenna hears a knock at her door and discovers Cassie, her new neighbour wanting to introduce herself. A smile leads to a cup of coffee and then Jenna finds she cannot resist Cassie. Passions burn, lust and need come, as does Jenna, but in the end Cassie takes more than she gives.

Jenna thinks of herself as Miss Ordinary, having an ordinary life and making do. When she opens the door and sees Cassie, her breath is taken away by how stunning Cassie is, the beauty she is, and just how surprisingly attracted Jenna is to her.

Cassie is the Succubus of this work, and while not showing horns or a tail, she has all of the aspects of a succubus. From her sexuality, her seductiveness, how she brings Jenna to her passions, the submitting of Jenna to Cassie’s will, there’s so much hot and delicious Succubus passion that I really like the story as it unfolded.

The erotica itself was soft, passionate, deliciously hot. A bit of dominance, a little touch of mind control, some submissive moments. The sapphic love that is told was both from one that was new to the experience and from the other one that could play their partner’s body like a musical instrument and make her sing.

So much of this work in the beginning was made to connect the characters to each other and to the reader. So much of the middle part of the story was to push them over the edge and make their passions come out. So much of the climax was the joys that Jenna felt and how wonderful that was for her. But then, sadly, came the conclusion and that’s where my issues with this work occur.

I completely disliked the ending for a lot of reasons, but the main one comes to taking Cassie from being something unique as a Succubus and making her completely stereotypical in her actions, what transpires and what happens to Jenna. The ending tears all of the heat from the work, removes the emotional attachment to both Jenna and Cassie and in the end, when the story was done, my thoughts were not of the erotica, the storytelling, or the power in the story itself. It just was a single word: ‘Why?’

The work had a point, not three paragraphs before where it could have ended, leaving the questions of what happened to Jenna untold and I would have been fine with that. But the ending as it is, leaves no doubt to what happens to Jenna, who Cassie really is, and how little real attachment there was in the story.

There needs to be, at least I think, in erotica, that belief that those involved had their moment, their passions, and at the end of their moment they move on, become a couple, or smile and go their own ways. The ending here is too stereotypical in nature, leaving nothing behind to keep the passion s and moments in the work burning. The ending is exactly like dumping a bucket of ice cold water on someone in the middle of passion. There’s no coming back from that and even if they were on the edge of the most wonderful orgasm in their lives… they wouldn’t care.

That is, in a lot of ways, how I felt about this story at the end, and I shouldn’t have. I didn’t care anymore when it was over. Up to the last page I was fully intending to give this work at least four pitchforks, possibly five. But the ending is such a massive downturn in the heat that I can’t give this work what I should.

The writing is excellent, the characters are amazing. The erotica is just about perfect. There’s a bit of seduction, some Succubus mind-control that is very carefully used to build the heat. All of this work screams of being amazing. But the ending? That never should have been. I really wish it hadn’t.

Honestly the ending just completely took away what would have been a four or five pitchfork story and made the work so much less. There was no point, other than a twist at the end, and it didn’t make a lot of sense. The work could have ended a few short paragraphs before, leaving the heat and passions aflame rather where it did, leaving ashes behind.