A Review of Succubus: Lusting for a Werewolf and Succubus: Taken by my Boyfriend’s Present by Sinn Lee

The Mirror By TeraS

A Review of Hell On Heels by Dou7g and Amanda Lash 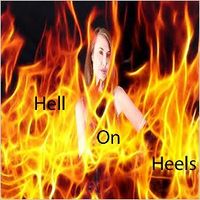 Hell On Heels by Dou7g and Amanda Lash

Sometimes you have to run from a problem, and sometimes in running you find yourself meeting a bigger one. Decisions then are made, the choices are unclear, and where that takes you, and whether you have a choice, is the question.

In this installment, things come to a head as Megan the mage, Kendra the red haired succubus and Lorelei the dark elf sorceress run headlong into the vampire Kiki.

Our three lovely talented women find themselves in a place where someone Megan really doesn’t like, Kendra once did, and Lorelei is amused by, calls her home. A bit of a misunderstanding, a deal made and then Helen has to make a choice. Does her accept Kendra’s offer of being a Succubus or not… and what happens after that. and to the friends they left behind?

This work is both an interlude and a quandary. While I do understand why Megan and everyone else left, and why they went where they did, there’s a certain level of confusion that seems to be running through all of them. Being that they all wound up meeting Kiki, the vampire, the one that Megan really has a problem with, there’s great deal of tension that swirls around all of the characters. How they come out of that is interesting and I thought the logic worked, but as for the price, or prices paid, that will be a problem to come.

To this point in the story, the only Succubus was Kendra, but she made an offer to Helen, if she’d be interested in becoming a Succubus, for reasons that, at the time made sense. In this work, that comes to a head and I think the funniest part was reading the parts of the contract she needs to sign. Some of them were, considering who’s thinking of signing up, just too funny. In the aftermath I though things were well told and I liked things as a whole, though I did wish for a bit more told about what Helen looks like, which remained vague. There was some succubus mind-control that I liked however and where that happened, and how it developed was cute too.

I mentioned conflict, and most of the work tells of the characters being in conflict with each other. At times it was less talking to than talking at, and some of the events that unfolded from that weren’t really a surprise. There’s a undercurrent of deal making that comes in conflict with each person’s goals, or need for revenge in some ways. The most telling moments were Megan’s, especially when Kiki appeared, and what Megan intended to do as she isn’t quite the same as she was the last time they met.

It is an adventure, setting up the rescue to come, and as such there’s a little bit of a Mission Impossible feel to this part of the series and I rather liked that. The mix of personalities, both in the ones we know and the new ones that appear, works well. It isn’t just a matter of arguing for the sake of it, or getting into a fight just because. There’s some history involved. Sometimes one forgets what really happened for what they see in the here and now.

The work needs some more editing, there are quite a number of spelling mistakes that I came across. That’s a shame because the story I think tells so much about all of the characters that appear in it. There’s something really good about knowing why they do what they are doing. Better when the reasons start to make sense.

There’s a rescue to be carried out, the boys are in trouble. How that is going to turn out will either be a complete disaster, or a success. Either way, I feel like things are going to change for all of them… Whatever the case, things are different and how they all deal with that could be a problem.