A Review of Overpowered by Sylvia Parker

A cape cannot at all make this costume better

A Review of Succubus Prey by Emily Bennice 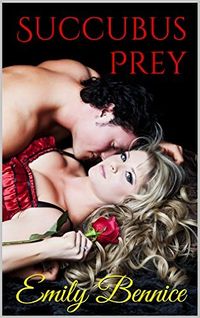 There are a number of ways to take heat out of a story. The simplest of these comes to just making the main character just about totally unlikeable due to their actions, thoughts, or words. While there are stories about succubi that have them be evil, uncaring, even aloof, that isn’t quite so bad when there is the smallest thing that redeems them in some way.

The other way one takes heat out of a story, and I have talked about this recently in another review, is when every other character has a name and yet the main character herself doesn’t have one. Doing so, for me, puts up a wall that’s hard to get through, again, because not identifying with the character in a personal sort of way, takes away something that I enjoy knowing.

Every woman has desires. Sometimes we need men to quell our urges. As a succubus I have a voracious appetite and require several men to feed my hunger. I keep an extravagant penthouse guarded by large men who keep my secrets. I also keep several men, at all times, within my penthouse to feed the starving beast within me. Currently I have three beautiful young men captivated by me and living helplessly within my home. They knew what they were getting into, or at least I led them to believe that they did.

Alas, the three have begun to bore me, so tonight I go out in search of a fourth. The men I’ve kept so far seem to tire far too quickly for my taste. I can feel their energy already waning and none have been with me longer than a month. I need a man with more stamina and carnal appetite. I need a man who can keep up with my needs.

A succubus finds she is bored with her harem and goes to a biker bar to find a new addition. A bit of talking, a little innuendo, and a spark sets the hook. It’s up to her to see if she can land the man that has caught her attention.

A succubus, who is never given a name, doesn’t have horns or a tail as an aside, has a problem. The problem is that she’s bored with her playthings and decides that she needs a new one to fix her problem. Deciding that finding someone new that would resist her would be good and she goes out hunting. She encounters the person she’s looking for, tempts him, makes him an offer and then has her way with him.

The thing is, as much as that concept is a good one, in this case there’s a number of issues that I have problems with. Firstly, the succubus herself is never named. She never refers to herself, those around her never speak her name either. There’s a wall that she has put up around her and in doing so, she starts to become unlikable from the beginning.

The next thing I have a problem with is that she whines about how terrible it is that her harem isn’t doing what she’d like them to do, but then admits that she never has actually told them what she wants to change, but then makes the illogical connection that having yet another playtoy will fix everything. Then things become even more unlikable when she states that when she “tires” of them, she just gets rid of them, and they aren’t the same as they were and she really doesn’t seem to care.

So, into this story, with a main character that I felt nothing for at all, comes an encounter at a bar that leads to a sexual encounter and an offer by the succubus in the midst of what is happening. While there is some heat in the erotica, it is completely doused by the level of dislike that I had for the succubus herself.

She’s too callous, too aloof, too uncaring, that seeing what she does to ensnare her chosen one isn’t so much sexy or seductive as it is… sad. I felt like this entire story happens because she is unable to see her own flaws and come to terms with them. To understand that if she changed her attitude, how she treated others, and simply expressed her wants more clearly, that she would be better off. But that didn’t happen here and so the story loses a lot of the promise that the book summary seemed to offer. Even if that on its own made me pause.

The work is written from the succubus’ perspective and as such her attitude colours every moment and being that her attitude is mainly that of being bored with the world that just erodes the heat in the story.

In the end, after the erotica was past and the story came to a close, I didn’t really care all that much about her, or the one that she met. It’s hard to enjoy the erotica when there’s nothing that brought you to anticipate it, need it, and want to feel what the characters do.

I think making her more seductive, more passionate, would have been a good place to start. Beyond that, a name to connect the reader to her would have been a nice touch as well. Lastly, and, at least for me, more to the point, less of her blaming the world and instead dealing with her own flaws would have been more interesting. Sometimes the fault is no one else’s but our own.

More passion, something more to like about the succubus and a name would give this work a lot of what I felt it was lacking. There is a story here, about the succubus, that I would like to see, if for no other reason than to understand just why she turned into the being that she is. 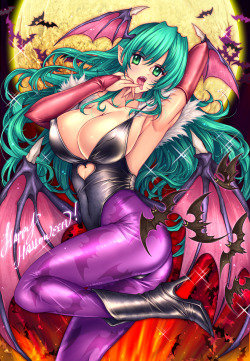