A Dream Shared By TeraS 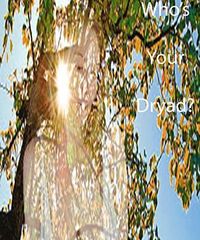 Who’s Your Dryad by Dou7g and Amanda Lash

Things change, they never remain static. Along with change comes, at times, a realization that one might not be the same as they were when they began their adventure. Sometimes it’s unclear if they truly know they are, or if their changes have blinded them to that.

In this installment Megan the mage, Edmund the scholar, Phil the ogre and Kendra the red haired succubus and Lorelei the dark elf sorceress join forces to steal a magical artifact from the forces of good, defended by a herd of unicorns and a dryad, as powerful as she is beautiful.

Our intrepid group of adventurers travel to find themselves caught in a battle for their wits, their minds and their lives. Not all good things are necessarily good when it comes right down to it. But then, what is good and what is evil anyway?

This work feels very much like a turning point in the series for several reasons. Chief among these is how Megan acts throughout the work and how strange that seems to becoming as the series moves onwards. At the same time, there’s something else going on that Kendra seems to be intent upon and how Helen fits into that plan will be interesting to see, not to mention, if all transpires as it might, how what Helen is offered is going to happen.

The little bits of humour and fun are still in the story, which I adored. Some of the hints might be a little vague for the unaware, but for me, I do believe I can see a little note towards a rather famous depressed android in one of the characters and it was simply perfect. The repartee between the characters is as sharp and telling as ever, there’s no question that it is, and, again, that made me quite happy.

The story does however take a slightly darker turn when Deirdre, the Dryad of the title, appears and that turns into something that moved a little beyond the normal telling of the fights and battles that have happened before. That is not to say it isn’t told well, because it is, but it’s more of a surprise in how things unfold. There’s a certain brutality in what transpires, and while that can be said to be caused by the situation, it becomes a little bit more bloody and, at times, matter of fact for the characters which felt a little odd.

The work ends on a cliffhanger and how everyone, if they can, get out of this mess is a rather large question. Thinking about the series as a whole, I think this is about the most “cliffhangery” of any ending in the series so far and I rather liked that. It leaves the characters in some jeopardy and as such there’s a real threat to them all.

But there is more than that, there’s the larger question of Megan’s attitude, Kendra’s as well and why they are acting as they did here. There is a good reason why things happened as they did,  but as well, there’s something going on with how Megan, most of all, is relating to those around her. I find myself concerned about this and what it all means.

A few very minor word errors in the work, nothing major, otherwise the story is quite good, the characters are still every bit as attractive to me and their growth, especially that of Helen I though came out well.

I’m not sure where the cliffhanger will wind up, who will continue their story and who will not. But whatever the answer, things are not the same as they were and they will change.

The question is: For the better in them all or for the worse?