A Review of Lilith’s Awakening by Stephen Rivera 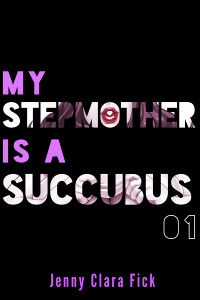 My Stepmother is a Succubus by Jenny Clara Fick

That’s a shame when the Succubus herself does, in a lot of ways, have a lot going for her. And I do not mean her looks alone, or her sex appeal or drive.

The idea of this story is actually a good one in a lot of ways. I especially liked Margo’s seduction of Jerry, the use of what seems to be mind control on her two “victims” and her character. She is obviously a Succubus from the moment she appears and isn’t at all tame about her wants and needs. But while that part of the story is the focus of it, there are moments in the beginning of the story which lead to a lot of questions about Margo herself. None of these are really answered of course as the story quickly moves from setting up how she is there to what she does to Jerry and his father.

Whenever Margo used her powers on Jerry, any actions that started were all in capitals and then the ending scene was marked in capitals as well. That bothered me for two reasons, one, it was jarring in that moment, but more so as these happened right about the time where, usually, I expect to see some of the powers of a Succubus appear and seduce fully. But that turns out to be a rare thing in the work. It’s when Margo’s control over Jerry is used, told fully, that the story becomes very hot and I enjoyed that part of it.

Margo in her Succubus form has horns and tail, but she also has a bit of an odd addition to her that, at least for me, made me tilt my head and wonder about a lot. Still, she is a Succubus, she puts Jerry on a leash and has her way with him and then… The story ends rather abruptly.