And Now the News… – Part III By TeraS

A Review of Lilith’s Awakening by Stephen Rivera 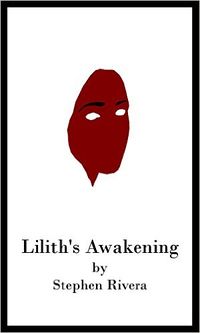 A review of a newly begun series today called Lilith’s Tears which isn’t quite what one might expect from the book summary and in this case that’s quite a good thing.

The most important thing about writing a story is that the characters grow from where they came from. It isn’t enough to simply say they do, one has to show why they do. Sometimes the reason for that happening can be as simple as the innocence of a child who simply accepts that there’s something good to be found in someone that doesn’t expect to find that in themselves.

Beings can change, become more than who they are. All that takes is a little kindness, hope, and acceptance. When that does happen, then they are more.

When the son of a nefarious warlock finds a group of heroes attacking their home, he frees the genius demon Lilith to help him save his family. But magic can be tricky. Things don’t always go as planned and sometimes the sins of the past are more dangerous than the threats of the present. In the first short story of the Lilith’s Tears short story series, follow Lilith and Roe as they begin their journey and discover that even the best intentions can have terrible consequences.

Roe needs help as his world is coming apart around him. Not understanding fully the consequences of his actions, he summons Lilith and asks for her help to save his father and sister. At first Lilith sees nothing, not wanting to, but the simple acceptance of a ten year old to see more in her opens paths to them both. The truth, as they say, will set you free.

This was an adorable story and one that was completely unexpected. Much of that comes from the difference in the book summary and what actually happens in the work. It’s a surprise when Roe is revealed to be an innocent child, only wanting to save his father and his sister. It’s heartbreaking when the worst day of Roe’s life is told and how much a few short lines can make you cry.

The acceptance of Roe, of the good in him is wonderful. The moments where he is kind to Lilith, when his manners appear, and Lilith’s reactions to them are so telling, but also cause so much of a transformation in Lilith from where the story begins that it adds a huge character shift that makes the work so much more.

It’s very hard to see how this story exactly fits into the summary because there’s really little explanation of why things are happening and even when there is, that doesn’t connect quite right to it. So, in this case, the book cover doesn’t express the actual book and I feel that’s the one thing that hurts this work most of all.

That brings me to Lilith who might be a succubus, in a way, certainly some kind of powerful demoness however. She isn’t quite described in the story very well save to say she is beautiful, has red skin and a pair of wings that are similar to those of Morrigan Aensland’s. But really it isn’t about what she looks like in this story. It’s what happens when she is confronted by being summoned by a child, one that has a simple outlook on the universe, and what that does to her own view of it.

There are moments when Roe does something simple for Lilith, like calling her a lady, deferring to her thoughts, opening a door for her, when there is a noticeable pause to her. It’s like she is unprepared for someone to be nice, to like her, to see her as being more than a creature of sex and power. Considering who Lilith is, and what her relationship to children is told to be, that creates a new dimension to the character and forces her to change.

The work is a fantasy-adventure which sets up what I hope will be a series of books to come and in doing so doesn’t offer a lot in the way of detail which answers too many questions or offers a simple path for Roe and Lilith to take. While there isn’t a lot of background, of explanations, and the story tends to rush quickly through some parts, as a whole there is good story with good characters and there feels like there is a purpose to things as they unfold.

There are a scattering of minor formatting and spelling mistakes, but nothing that took me out of the story. I did find that the story felt rushed here and there and that bothered me because there’s a great deal of character development for both Roe and Lilith. There are moments in which that happens, literally in a paragraph, and then the story quickly moves onto the next event, the next crisis and builds Roe’s problems higher and higher still.

There are, as I have noted, some things unexplained and as such there’s a good deal of assumptions one must make as the story progresses. In doing so, there’s a hope that the questions left behind about Roe’s father, his sister, and how this all came to pass will be explained sometime. I feel like there’s a wonderful story to be told and I truly hope that happens here.

A good story with two characters that play off each other well and make of themselves more than might be otherwise expected. A bit more story would have been nice, a little more plot, circumstance and meaning would have been too.

But there’s something good here, and in that, most of all, there’s a feeling of purpose and change. What that means for Roe and Lilith going forwards is something I will be looking forwards to.