A Review of Wednesdays with Mr. Better by Khandi Leeker 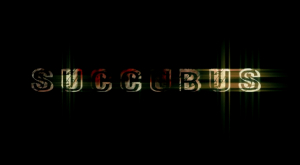 Eventually everything and anything that is Succubus related manages to come to my attention one way or the other. Back in 2012, an independent Danish short film called Succubus was released. It took me some time to find it and as I have managed to secure a copy of the film, and found it on YouTube as well, I thought I would share that film and my thoughts today on the Tale.

There has been a page on the SuccuWiki about this film since 2012 and at that time the information I had about the film was rather limited. The film was directed by Kim Sønderholm and was written by Lars Egholm Fischman. It is an English language film with Danish subtitles, but there is very little dialogue for an 18 minute film. You can see this film on YouTube, or at least you once could. Before I share my thoughts, here’s the film on YouTube as released on the film director’s page there:

The plot summary for the film is somewhat short and to the point without revealing much about what happens in the film as well:

Emma is a young archeology student who stumbles on to something peculiar on an excavation trip to Syria. She hurries home and that’s when the real nightmare starts.

Obviously my interest in this film is that it deals with a Succubus and I was intrigued in many ways. What is it that Emma finds? What happens to her? How does a Succubus fit into things?

Having watched the film, there are some moments that I thought were very well done, but at the point the Succubus appears I have to admit that I was a bit disappointed in her both in form and in action, but I’ll get back to that.

The film opens with Emma drinking heavily and in tears, mascara running down her cheeks. The film then flashes back to when the story actually began when Emma discovers something like an egg at an archaeology site. She examines it, the egg opens and something spirit like rises from the remains, enters her body and she collapses. She is then woken by a companion and told they have to leave because “rebels are attacking.” The film then switches to Emma in a library looking through some books and we hear her read a passage about Lilith, followed by her hearing her name spoken by an eerie voice and Emma flees. On her way she sees a couple sitting together and the voice tells Emma to “take him” and she falls into sort of a trance for a moment before rushing off again.

Emma is then seen in bed, having a nightmare from which she awakens from. We don’t see the nightmare, but there is the classic movie trope of voices speaking backwards and, again, the eerie woman’s voice is heard. After staring at a mirror for a time, the voice calling her name, Emma begins to put on makeup. The scene then switches to Emma walking down the street in a sexy black dress. She is tormented by the voice which causes Emma great pain as well for some time. Emma screams from the pain until she goes into trance again and walks onwards, seemingly now possessed by the being within her.

After arriving at a club and eying all of the men there, the possessed Emma interrupts a couple nearby by sitting between the couple. When the woman confronts her, Emma looks at her for a long moment and the woman rushes off, leaving the man in Emma’s clutches. She has a drink with the man, then pulls him on the dance floor before pulling him out the door with her. Pausing at the door, possessed Emma looks back into the club to see “normal” Emma looking at her in shock before she vanishes and possessed Emma leaves with her prey.

They enter a room and possessed Emma removes her panties and throws them at the man. What follows is a somewhat violent sex scene between the two, possessed Emma in control, eventually forcing the man to the floor beneath her and then they have sex. This goes on for some time, possessed Emma being more violent and dominant until, finally she transformed into the Succubus that is possessing her. 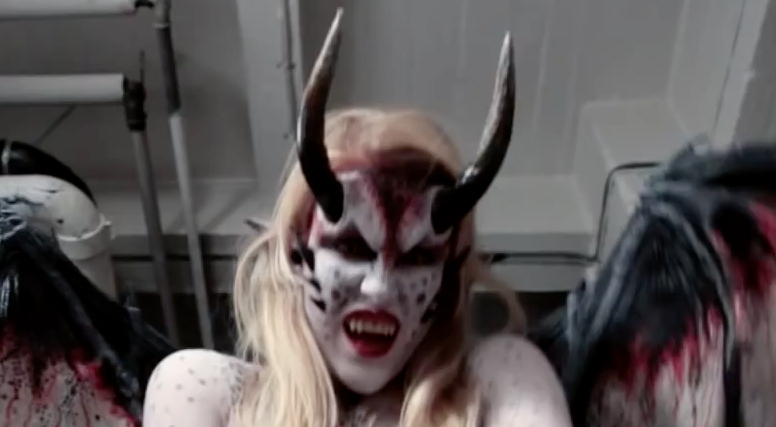 The Succubus then takes the man’s life before leaving his body behind. The final scene is a return to the first scene where Emma is seen drinking again. The camera pans over to a bed on which another man lays beaten and bloody as the film comes to a close.

As a whole, the film is really more supernatural thriller with some horror and a touch of erotica. I can’t say that I loved the movie for a lot of reasons, but there were some parts that I thought were interesting. The egg that held the Succubus was a neat prop and that sequence of events was really well done special effects-wise I felt. The makeup of Emma as a Succubus was really impressive, honestly better than a lot of mainstream movies by far. The actress playing Emma did a very good turn to the actions of Emma possessed, she was a very sexual creature and I thought that Possessed Emma was much more “real” in character than “Succubus Emma” was.

This brings me to the problems in the film, at least for me. It isn’t clear why Emma was in the library looking up information on Lilith for one thing. The film jumps from the dig to the library so fast and there is no sense of the time between the two. As the story unfolded I wondered if the memories that Emma was sharing were not the first time she had been possessed by the Succubus, but rather one where the Succubus took complete control of her for the first time and killed someone. But that still doesn’t explain why Emma was looking for information on Lilith in the first place. Note that she was looking for Lilith and not Succubi. As well, in that scene she didn’t seem like she had been really effected by the Succubus as yet… There’s a disconnect here that frustrated me.

While the makeup for Succubus Emma was really well done, and it was, it wasn’t exactly what i think Succubi look like of course. From a perspective of a horror film, she does look like a demoness, horns, wings, all evil all of the time. The detail work in her makeup, going all over Emma’s body, at least all of the parts were could see, looked amazingly good. I even liked the wings to an extent when she was facing the camera. When she walked from the room however, there was a continuity problem that couldn’t be avoided. When Succubus Emma is feeding, the top of her dress is down and everything is revealed. In a cut between scenes, less than a second really, she’s put her dress back on, her wings poke through the back of the dress and she walks out of the room. I know this had to happen to avoid showing how the wings attached to Emma’s body, but it was jarring to me.

It’s obvious that the film is using the classic description of Succubi and their more horror aspect in the film and in that sense the film accomplishes that really well. There are a few moments of what could be seen as mind control being used by Possessed Emma and as well she’s a very sexual creature.

But I think that it would have been a little more powerful if Succubus Emma wasn’t so obvious. If the sex scene had been changed slightly, for example having Emma’s horns slowly appear while the man was in her thrall, her wings sprouting from her back, tearing through her dress, and yes, I can even see her skin turning as it was in the film. But I think all of that with Emma’s normal facial features would have been a lot more powerful than showing her as “obviously evil” as the film did. Sometimes the best shock is the one that was in front of you all of the time. Not everything needs to be shown when one’s own imagination can make a lot of things happen on its own.

Overall, the film was much better than a lot of mainstream films that have Succubus characters in them and that does make it something I found something interesting in.

Better than most, wanted more than a horror film and didn’t quite get that. Lots of interesting story ideas mixed in with the overall film… Would have been nice to see more of that. An interesting independent film about Succubi and if you should happen to come across it, have a look. But keep in mind that the film is very much not safe for work.