A Review of Passing the Exam by Viktor von Priapis

A Review of Rune by Cera Bryn 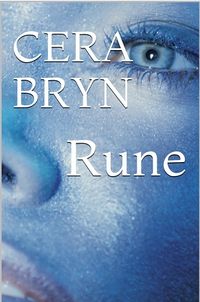 With the popularity of Lost Girl, a series that I really do miss very much, stories about the Fae, of all kinds, have been popping up here and there. And, of course, there are the occasional stories about Succubi, in all of their forms, personalities, and passions.

With stories like these, there is history behind the characters. Questions about who they are, where they came from, and what they seek. Having a story that has heat and personality is a wonderful thing but when the story leaves a bit to be desired… that takes away from things to an extent.

She’s been running from him for years.

He’s been chasing her, determined to finally make her his. She is his one true mate after all. Will Asta continue to deny Rune or finally give in to all he has to offer.

Asta has been running from her past and what she knows to be her destiny. Every time that she has been cornered, held, and possessed, she has managed to slip away to her freedom. Until tonight when Rune, the one she fears and desires finds her.

While Asta is described as a Succubus, it’s very clear from the story that she appears to be very much human save for her purple eyes that hint that she isn’t quite human. While she welcomes sex to survive at the cost of others, she has found that taking from many at once, say in a club, also works to an extent… But it isn’t “filling” and when Rune touches her, she begins a slow descent into his grasp and what awaits her there.

She has a very strong personality, will, and desires which I thought were very well told. But the shift in her thinking when Rune has her, seems very much like mind control to an extent, or perhaps more accurately a kind of animal attraction that draws her to him. In the same way Rune himself is drawn tightly to Asta, what she is, what she represents to him. There is a good deal of dominance in his personality, actions, and how he treats Asta which brings some lovely heat to the story as well.

When the two have their moment of passion, the hot flash turns up the heat, and I did like how the scene was told, what happened, and the climax as well. It seemed to draw to a close in a way that made some sense from what was told in the story, but that is the problem here.

While there is history between them, which is hinted at, explained to a point, it is skirted around at times and there isn’t a lot of detail about why Asta ran in the first place, who Rune is exactly, what he is as well. There are questions about Asta’s past, really a lot of them. that are glossed over for the sake of getting to the erotica in this work. There is something missing in the story, and for me that kept nagging me as I read. Erotica alone with no story isn’t enough. It becomes something to heat up the sheets, but not much else. In this work more story would have I think made this work a lot more than it is.

All that said, the characters are fascinating, the writing is very good, and the erotica has lovely heat. There is much to like about this work, and if it was the beginning of a longer story or series I could see this being the opening to that. Perhaps it would tell of Asta’s past and fill in the holes that aren’t in this work. I think that would be an interesting story to read and it would help to explain just how it was that Asta made the choices she did.

It’s nice to have a hot flash, even better when it has a story to tell. The problem is when that story is hinted at, but never really comes to the fore. Perhaps there will be a part two that will explain all that this work couldn’t.