Succubi Image of the Week 396

There are quite a number of adventure card games which have either a magic theme or a similar one in them. Naturally, and this really shouldn’t be a surprise, Succubi tend to appear in the game in various ways… Or if not Succubi themselves, then certainly some rather familiar names of Succubi. Sometimes they are a bit more on the “evil” side, sometimes they are “powerful” but almost always they have a certain seductive quality to them that I think is very interesting… 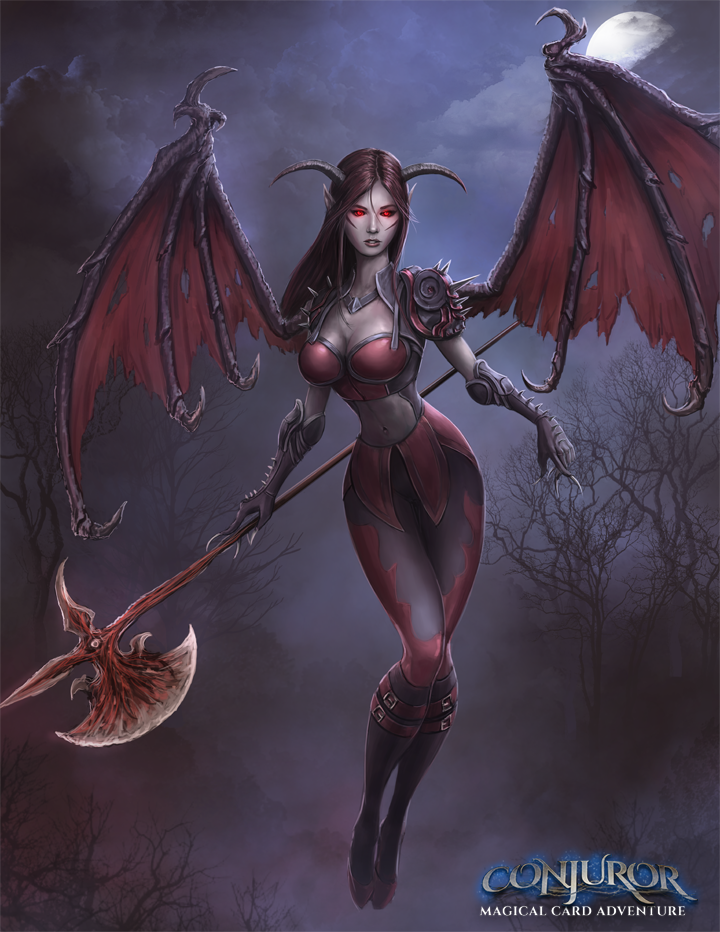 This work is called Lilith and is by an artist on DeviantArt by the name of BABAGANOOSH99. You can find the original page with this art here and this artist’s page can be found here on DeviantArt as well.

I rather like this art in quite a few ways. She has no hooves, which I appreciate very much, while she has a somewhat “evil” form it isn’t one that looks poor or takes away from who, and likely what, she is. I do wish she had a tail, I think that’s really something needed here considering her overall look by far.

She does, I know, have more of a warrioress look to her, one that hides her seductiveness a bit behind that huge battle axe and the almost armour she has. But it doesn’t completely remove the Succubus nature of her character and the balance here I think works well as a whole.

I do wonder if she also has a more “seducer” form, one that takes her body shape and tones down her evil features into something a bit more seductive and tempting… As a whole I think that would work quite well and if that form doesn’t have those wings, and only adds the tail which she really needs… I’d love that a lot.

The game that is referred to on the image, Conjuror: Magical Card Adventure, is an online card playing game which you can find here. I don’t really know much about the game I have to admit and I am sharing the link for the sake of completeness and I have no connection to the game whatsoever.

Otherwise, Lilith, I think, will be what I think Succubi in this world look like and it’s a rather pleasant thought at that…