A Review of The Ghost and Devlin Muir by S. K. McClafferty

A Review of the Incubus series by Abigail Fox 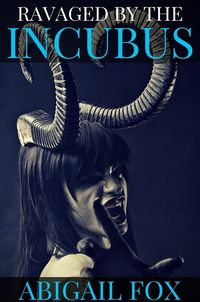 Ravaged by the Incubus by Abigail Fox

Two works with incubi in them in this review, both seemingly set in the same universe, in some way. Sadly, neither of these works are available any longer, both of them being removed from sale and the author vanishing as well. Still, they deserve to be reviewed, and so they will be.

As an aside, there were supposedly, according to the author’s notes, that there would be two more works appearing, close on the heels of these two, but they never appeared. It’s a bit sad as there was some promise in what was released and the entire story was never really told.

Some are fortunate to encounter those that call themselves incubi and succubi, for in that moment they discover truths about themselves, whom they are with, but in the end, they cannot remember why.

I’m at the museum with my church group when I bump into a man that ropes me in with his smooth words and fascinating ideas about demons. Feeling brave, I invite him to the evening church meeting, wanting to spend more time with him before he exits my life forever.

He agrees, much to my delight and my pastors ire. However, something about him doesn’t feel right, and his eye color keeps changing at random, which only causes my interest in him to intensify. I must know more about him!

Carmen meets Asher at the museum, and in a whirlwind, she is attracted to him, agrees to meet with him, and then, eventually, Asher reveals that his is an incubus and the truth about them.

This is actually quite a loveable romantic story for the most part, though there are some moments in which the story takes a slightly darker turn. Not between the main characters themselves, but rather around Carmen’s life, and what has happened around her for a very long time.

Carmen herself is very interesting, a fully told and strongly written character which I liked because she wasn’t a female character dropped into a story for the sake of some erotica. While that comes, eventually, as does Carmen herself, that really doesn’t feel like the point of the story. It’s more of an expression of her desires, thoughts, and yes, fears. There’s some thoughtful expressions of her own thoughts, some truthful conversation that made her quite a lot more. Carmen has a soul, and it really does show as the story unfolds.

Asher is the incubus of the two works, having two slightly different aspects to his character between the two. In the first, he is inquisitive about Carman, her life, and in being so, accepts an invitation which answers a question he had for some time. It’s more of a metaphysical one, but in having it, that gives him a bit more depth. But there’s more than that. He is thoughtful, intelligent, and holds himself in a way that speaks to the mystery that he is.

Asher’s incubus form reads beautifully, being mostly something well known but with a few little changes that make him slightly different. It is also interesting when he discusses what he is capable of, one of these being a kind of mind control which I will return to a little later.

Asher is, also, quite clear in explaining that while he is an incubus, their kind doesn’t hurt their partners, or wish to. For me that’s an important point and it is clear as the erotica comes along that he cares about a lot about Carmen’s well being.

I noted that there is a bit of mind control in the work and that is where I have a small problem. During their encounter, Asher and Carmen talk about her life and a very significant change she needs to make with it. However, in the wake of their encounter, Asher tells Carmen that she will not remember him the following morning. As such, the good that he tried to do, all of the time spent in helping Carmen to see something better for herself would seem to be lost. I’m rather disappointed if that is true because if it is, then Carmen falls back into things as they were. Considering how much Asher cared, that bothers me.

There are a few minor spelling mistakes, but nothing really outstanding. A little bit more editing to clean up some of the dialogue would be good as well. But this is still a good read with good characters and a complete story on its own.

A nice, romantic tale of discovery and one that worked well. 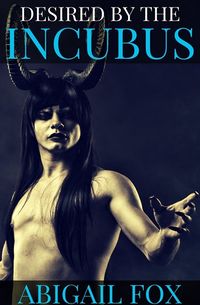 Desired by the Incubus by Abigail Fox

The series continued with the second work, in which Asher returned, this time coming in contact with a librarian. It’s a significantly different work in that it tells a bit more about Asher, where he lives, what he does and so on. It also tells more about who the incubi and succubi are in this universe, if only fleetingly so.

Being such, as it reveals more about Asher, the tone of the work is different, but also, as the woman attracted to him is different as well, more than just the tone changes.

I’m working at the library as usual, when in comes a man who looks like he just walked off a movie set. Intrigued, I seek him out, hoping to catch the eye of the ethereal creature. Instead, it is he who catches me, and I’m shocked when he gives me an offer I’d be mad to refuse.

An inner battle consumes me. Something about him seems off, and I can’t quite place it. But I also don’t want this once-in-a-lifetime chance to shag the owner of a popular nightclub to completely pass me by.

Cadence is working away in her role as a librarian as always. At least until Asher enters and she finds herself taken by him. An invitation to his club, a decision to accept, reveals that Asher is an incubus, and he offers her something she hasn’t experienced before. Something different.

While the work continues to follow Asher, and those he encounters, there is quite a lot more focus on Asher, his world, and what he does with himself. It also tells some background on the succubi and incubi in this universe that wasn’t really touched on all that much in the first. There is mention of his true form and so on again. It also is a bit clearer that the ones that Asher seems to be attracted to can see what his true eye colour is, which might mean something, but that isn’t dwelled on.

Cadence is a vastly different female lead than the previous work. She’s unsure, not clear on her own self worth, and in many ways, she wants something but cannot quite connect herself to that. Asher allows Cadence to explore her own sexuality and desires, which makes for some very hot erotica.

The humour in this work was quite strongly felt, especially in Cadence’s personality and comments she makes and I liked that for it gave her a voice, made the work different in its own way, and in being so wasn’t a carbon copy of the first work.

The characters are whole, the story is quite good, the scenes are telling. There are one or two uncomfortable moments in the work, but they add to the storytelling and not take away from it. They allow Cadence to learn about herself, on the one hand, but also that not everyone is nice.

There was one spelling mistake in the work that tripped me up. Asher notes that there are a pair of Succubi working for him. But that is spelled ‘Sucubi’ and that, of course, stopped me cold in the story.

Another good, romantic read with characters that are more than they are expected to be. In that, the promise of the first work came through in the second which was good to see.

Regrettably, the third and fourth works never appeared in this series. They were supposed to appear within a few weeks of the initial two works, but never did. There’s no explanation for that happening, and it’s a shame that the series didn’t continue as both works set up quite a good main character and seemed to promise there to be a lot more to discover.

It would have been nice to see that happen…