More of an Octoberfest Devil than a Halloween one

A Review of Succubus Huntress: A Rogue Werewolf by Julie Law 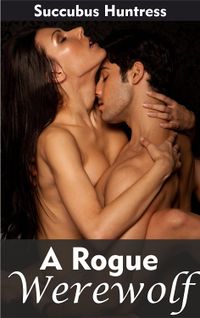 It takes very little for a story to go from hot, interesting and compelling to begin much, much less than that. The characters can be wonderful, the story involved, the erotica well done. The succubus herself can be interesting, have a story to tell, and be all that a succubus should be. But then having the editing, or the lack of it, or the mistakes in it, completely ruin things.

A review of a new series, one in which the main character is a succubus. One with a strong will, strong powers, and within that a little bit of darkness that gives her an edge. It is stories like these that give some of the best reads… but why is it that they cannot have editing to match the promise?

Selene Kostas was a huntress – one of the High Council’s operatives responsible for keeping the world of the supernatural protected, be it from discovery by Humanity at large or from the criminals that plagued their society.

It wasn’t an easy life and being a succubus on top of it only made things worse.

Most didn’t trust her, fearing her and her powers. She could make them her slaves, dominate their minds and souls, and only her willpower let her resist the temptation to make it happen.

It was a struggle she fought every day of her life and only her work took her mind out of it.

Now a new case had appeared, but what seemed simple at first was anything but. Catching an out-of-control werewolf in the woodlands of the United States might prove more dangerous than she expected and if Selene isn’t careful her desires can make her bite more than she can chew off.

Selene is a Huntress, one of the best in what she does. She deals with that part of the supernatural world that gets out of hand, out of control and needs to be dealt with. A rogue werewolf chase turns out to be something more dangerous, and deadly, than she expected. But then, Selene is a Succubus, and she isn’t without her own powers… and needs.

I like the concept of this work, the characters are very strong, both the major ones, like Selene, and the lesser ones as well. There’s some wonderful world building, there are relationships, history, and all of the things that I like to find.

Selene is a wonderful Succubus character, she has an amazing force of will, personality and listening to her speak about her own abilities is a fascinating read. There’s some hints of how powerful she is, what she is capable of. There’s a bit of Succubus mind control in the story, there’s a bit of action-adventure too.

Selene’s life is touched on in a way where it’s clear her being a Succubus, in the role she is in, leaves her in situations that can be complex, but also, sometimes, very simple when her own needs, to “fulfill her inner demon” come out. She doesn’t have horns or a tail, but otherwise, she is seductive, even if she is dealing with some really bad characters along the way.

There is a twist in the story, which comes rather quickly and, once past that, the story turns more romantic than action for the most part, but at times there is a mix of both along the way. Eventually a resolution to the story comes, in a way, before it closes on, if not a cliffhanger exactly, then a foreshadowing of what might come next in the series.

There is a problem however, and that comes to the editing. There are a huge number of tense mistakes in the writing, in almost every single page, that completely destroys any heat in the erotica, any drive in the action, any suspense in the mystery. This should not have happened considering how much effort was put into the plot, the characters and then overall work itself.

When the writing has mistakes like this within it… It is a real problem:

“Succubus were like that – we craved power and the powerful, and we made them crave us.”

This is a problem. When it keeps repeating, when the main thing I remember about the work isn’t the story so much as the number of editing mistakes within it, that isn’t right. If all of these mistakes weren’t there, this would be an amazing work by far. I see a lot of promise in what’s happens, where the story seems to be going, and what might come next.

I want to see that from this series. I want to see a story where I don’t have to stop and try to figure out what the author is trying to say before continuing onwards. I want the passion, the heat, all of the story that is here, but without the flaws that cause so many problems. Strong characters, a good plot, a universe that has a lot of promise to give. But the editing leaves a lot to be desired.

I don’t want to rate this work so low, but the editing mistakes just forced me to drop this from what should have been a three and a half, possibly a four pitchfork review.

I will be looking for the next work in the series, with luck. I hope in that case the author will have edited that work better than this one was. It takes a lot of effort to write a story, it takes as much to edit it.

Both are vital and cannot exist alone.