A Review of Heartbreaker: Part Two by Guava 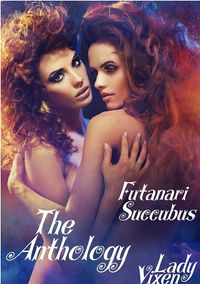 The Futanari Succubus Anthology by Lady Vixen and Mister Vixen

A review of a series today which was originally published as a series of four works and then collected into a single volume. Rather than listing all of the works on their own, this review will look at the series as a whole.

There are tales that Succubi are being of evil, unrepentant. But some see them as they truly are, the givers of wonder, passion, and, sometimes, the ones that make dreams come true. There is a difference between legend and truth. Truth reveals all.

The anthology collects the following works in the series:

The full Futanari Succubus series, in one anthology:

The series focuses each of the stories around one of the original succubi of myth and legend, so there is a work for Mahalath, Naamah, Agrat bat Mahlat and Lilith herself. In each work the stories are similar, in that each of the succubi does not act like the myths and legends suggest they do, what their focus is, and what they desire. But they are slightly different in that each of the succubi has their own personality, their own focus, and when they come into contact with the ones that summon them, call for them. are involved with them, or wishes for them, that is when the story turns into something really quite special.

Each of the works tends to follow a similar path in which the main character of the work is conflicted over someone, they dream of one of the succubi, and then find a means to have them appear. They are taught a lesson about love, faith, desire, or simply being, which is mixed with some wonderful heat before the story comes to a close, with the ending left open to what comes afterwards.

Mixed into the erotica is a bit of futa, but it isn’t heavy handed or seems out of place as the stories continue onwards. There is a good deal of the powers of each of the succubi shown, how they are each different, and what each does to “reward” the ones they are with. It’s that turning of the story, not being at all stereotypical in any way really, that makes the works captivating. There’s a sense of wonder, of exploration, of discovering within each character, succubi and otherwise, that they hold within themselves something precious and vital to themselves and others.

There’s a powerful sense of hope in each work. There is no sense of evil, no touch of horror, of needing to be crude or brash. There is a lovely heat, some romance, some moments unexpected, but in the end what comes out of each story is a sense of having one’s soul settled. To be sure of what is wanted and needed in each case.

There is some conflict, make no mistake. There are some situations in which the main characters have to make a choice, and it is not an easy one to make. Being that it isn’t that each character seems to know that they are making a choice that will matter, deeply, it raises the storytelling to a better place and makes this more. The series is about story more than the erotica and those are the stories I enjoy the most.

If there was one thing missing for me, it was that as much time was spent telling about the main characters, their thoughts and experiences, the same cannot be said about the succubi. There are some hints about them, the occasional comment or suggestion, but save for one short passage there isn’t a lot told about themselves. I would have liked more of that, to see them outside of their encounters and learn how different they are to the myths about them.

Well written, telling characters, a series of stories which have purpose and more. A wonderful read and a series that I did enjoy fully…

I’ll give this series as a whole four out of five pitchforks.

While each of the individual works is wonderful, tells of the author’s writing ability, of making characters be true to themselves, their needs, wants and desires, as a collection there needs to be more connections between the works I feel.

I would like to know more about the succubi themselves than what is shown. We see them being a force for change, both physical and sexual as well as spiritual. What isn’t shown is who they are beyond that which each encounter shows.

I would have liked to know more about all of the succubi in more intimate ways than simply how they seduce, teach, guide and give to others. That’s a part of this story that didn’t come out and still tugs at my thoughts about these works.

Perhaps there is more to tell than what has been. It would be nice to think so…