A Review of the Darkfallen series by Leona D. Reish 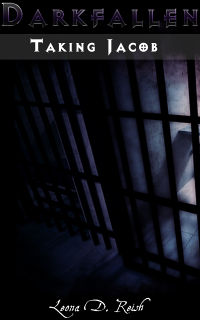 A review today of a series of works by the author Leona D. Reish which are interconnected by a succubus character who is, in a lot of ways, quite interesting, unique, and displays some powers that, for a succubus, are not expected. With all of that, the stories turn in unexpected directions, ideas, and developments that I found quite unique…

The wants within oneself are the gateways for others to use as they see fit. But at the same time, if those wants lead to transformations, then the gateway is but a passage to what becomes oneself anew…

hilst the world works to forget what happened to the underground prison island of Sarandin Isle, it’s demonic host remains. Whilst tales are set in motion beyond its reach, the inhabitants of the depths do not stand idle. From Warden to opportunist thief and simple explorer, many find themselves fall prey to its grasp and drawn down, beyond where the light shines.

The series has several main characters who are the focus of the works, each encountering in their own way the succubus called Kynthia. For each of those that come into contact with her, she plays upon their deepest unspoken desires, ensnaring them into her web, and then transforming them in ways that reflect upon what they wish to be, have, or succumb to.

The series runs through quite a number of various themes, succubus mind control and domination for one, slime, futa, gender transformations, expansion, mind control, and with each overall theme Kynthia is in control of what happens. She’s more involved in some of the stories, but appears in all of them to taunt, tease, suggest and, on occasion, direct what happens.

Kynthia herself is a bit of a mystery in that there’s not a lot told about who she is, what she wants, and so on. It is made clear that she enjoys transforming others, really it is the core of her personality, but beyond that there’s more focus spent on those around Kynthia than herself. Of all of the works, really the first and fourth had more of Kynthia involved with things, the middle works she’s there, but in passing really, not actually being more than a narrator in a way.

The transformations, both physically and mentally that the characters undergo are well written and when there is erotica involved with that, the heat does not overcome the story itself and I liked that quite a lot. There isn’t a sudden change, or a snap of fingers and all is done. There’s a process which is told, experienced and felt for each character.

The work does, on occasion, run a bit towards some slightly over the top moments, bordering on being a little too much and breaking the overall mood of the works, but, thankfully, doesn’t quite go over the line and holds onto the plot and characters throughout. There is a good deal of character development in each work, the universe of the series grows with each and that I found to be refreshing. The works do need to be read in order, really the first and fourth are intimately connected with the middle two works bringing in new characters along the way.

The series tells a strong story, Kynthia makes the series move through the twists, turns, transformations and submissions of the characters quite well. There’s lots of detail, well told and each work builds upon the previous one, which, for me, is important because the actions of the past have consequences and they return often.

The only part that bothers me a bit is that Kynthia herself doesn’t really change through the series. Her personality, her mood, the way she acts, doesn’t change over the course of the series. She seems to be a constant, never changing, save for in the first work where she takes something from Jacob which stays with her through the series. I didn’t feel that bode well for her character and I wanted to see her change, even if only a little. Being static over all that she does in the series didn’t quite work for me. I’m not expecting her to change who she is, because really she’s quite the evil thing so far as succubi go. But I’d like to see more of her “plans” than her “doing” from time to time.

I’ll give the series as a whole four out of five pitchforks.

As this is an ongoing series, I expect there will be more works in the series to come and that Kynthia will be at the centre of things making everyone dance to her tune. I think with all that the author has developed in this universe, how strong the characters are and the force that Kynthia is within the works, there is still more stories to tell here.

Perhaps, at some point,Kynthia herself might learn something as well as that I think would be the most interesting thing of all…