A Review of Morning Star by Snow McNally

A Review of Magic and Metaphors by Dou7g and Amanda Lash 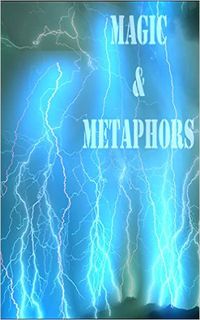 Magic and Metaphors by Dou7g and Amanda Lash

One of the things that really isn’t explored in a lot of series is how things work, especially when it comes to magic. That is a shame really because having the right teachers, and incentive, can make for a very cute and hot little lesson on its own…

This is the next installment after Demons and Diplomacy. The two sides have reached a truce and Megan and Kendra attempt to help Amy learn magic.

The summary is a bit short, and I think it’s more like: “A truce keeps our heroes, and others, from coming to blows. In the meantime, Amy tries to learn magic, but doesn’t get anywhere until Megan and Kendra give her a ;tongue-lashing; to loosen her up… and everyone knows it.”

Another cute and funny piece of the series, focusing on Amy, who wants to be helpful and to be so is trying to find her way to the magic within her. Lorelei cannot seem to help her do so, but when Megan appears, and manages to get somewhere, more than just how to do magic is revealed. A lot about Megan herself, what she thinks about what she has done, how she feels about Edmond, and Amy’s attentions to him, also comes into play. This does expand Megan’s character a lot and I enjoyed that very much.

Kendra then appears, and the three become very close and personal in the lessons taught which marks the return of a little hot flash between the three that’s fun and sexy in many ways. Mixed into the erotica is a neat explanation of how magic works, and I couldn’t help but smile as Amy was taught her lessons.

There’s also some development in Edmund and Magus, telling about their thoughts, how they are dealing with what is happening, that I liked as well. Quite a lot of plot setup happens outside of the magic users having their fun and it’s an interesting contrast between the two threads in the story.

The work climaxes in more than one way, for several characters, but the last few pages allow the appearance of a twist in the plot that foretells some problems for our heroes. What happens to Magus in those pages is, honestly, some of the funniest passages in the work so far and just goes to show how literally some people can be.

A lovely pause between the conflicts and challenges our heroes face, some lovely character development and some light hearted erotica all make this wonderful. I think the turning of focus towards two characters who are new breathes life into things, makes the work stronger, and refocuses the series well.

There are storms on the horizon, how our heroes address them will be interesting to see…