A Review of Demons and Diplomacy by Dou7g and Amanda Lash 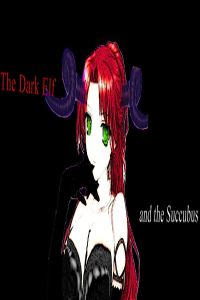 The Succubus and The Dark Elf by Dou7g and Amanda Lash

Things have changed for our group of adventurers, they are settling in, finding some time to get things as they want them to be. That is until someone decides to make things interesting again for all of them and brings along her pet dinosaur to stir things up…

Megan has taken the Duchess’ place and is running her kingdom. Edmund is captain of her guard. Then she and the sexy succubus Kendra go on an impromptu vacation leaving Edmund in charge. He and the rest of her army promptly get themselves into trouble when a beautiful Dark Elf arrives with a pet dinosaur and dark designs on their kingdom.

Megan and Kendra check out of town for some “personal” time leaving Edmund in charge of their domain. All is well, mostly, until Lorelei, a Dark Elf and her companions, including a dinosaur pet, pay a visit and shake things up a bit.

The thing that I adore most of all in this series is the humour that the characters bring to the story. In each and every way this really comes to the fore in this work and it adds so much what happens throughout. It’s smart, cute, funny and has just the right emotional connection such that the story, while having some serious moments, doesn’t dwell on them too deeply.

The work has Kendra and Megan appear for only a short time before they go away, appearing in a short passage later on where their relationship continues to develop, as does Megan’s powers and Kendra’s development. As such there is only a little bit of succubus fun and games to be seen, but in that comes some wonderful heat and story telling.

Most of the work focuses on Edmond getting up to speed at ruling the roost while Megan and Kendra are away before Lorelei appears to cause problems. The other half of the work tells the story of Lorelei, her companions and how they all found themselves together, what their relationships are, and who Lorelei seems to be. She is really quite an interesting character, and really her entire group are every bit as much as Megan’s are. There’s a bit of infighting, all humorously done by far, some innuendo that, like Kendra’s works well, and most of all, there are some really quite amazingly good inside jokes that just made me laugh.

There’s only a touch of erotica in this work, most of that happening off the page because there’s a focus on setting up the next part of the series, what the conflict is, and how that needs to be put into place. As such, as a lead into the next part of the series, I felt that this was handled well, told a very good story and at the end I had the most wonderful smile having arrived there.

Amazing characters, as I expect, a story that just works on all levels, and the promise of more to come which I look forward to seeing.

Funny, cute, and it’s so good to see these characters developing. How this crisis changes things will be interesting to see… Kendra I am sure will be miffed, Megan quite a lot more so I expect…