A Review of Halloween Hotness: 3 Short Stories of Paranormal Lust by Saffron Bacchus

A Review of Phantom’s Lust by E. M. Lindwood 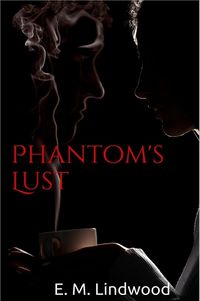 Not all stories begin or end in a happily after ever. There is love, loss, and more that wraps itself around the characters and drives them in ways unexpected. The loss of someone you love can do the impossible. Sometimes they can do that, sometimes that is the one that goes on that makes it possible.

But if the one you love comes back and isn’t the same. What does that mean? What happens when they are the one you have always known, but aren’t quite anymore? What happens then and more importantly, what are the choices to be made by both of you?

After her husband dies in a car accident, Jessica is convinced she’ll never see him again. Then one night he returns from the grave, but he’s been changed by his time in purgatory. Now he needs sex to survive, and it just might kill the one he loves.

Jessica’s husband Chris has passed away in a car accident and she is trying to put the pieces of her life back together. A haunting whisper tells her to visit him at his grave and she finds him there. But he isn’t the same, not quite, and now their love may turn into a curse that claims them both. Unless, and only if, Jessica can give up one thing.

The work is a lovely heart-achingly sad tale about the love between two souls. It tells of the hurt suffered, the wishes asked for, the promise and hope when that wish seems to come true. But then, in the hope comes the darkness to hurt, harm, and take that away.

There is passion in the words, in the moments between Jessica and Chris that tells of their connection and what each means to the other. But even with all of the good in the story, there is the telling of where the story will end almost at the beginning in their most passionate moment. It does telegraph the ending slightly, but when the ending arrives it makes sense, it doesn’t feel wrong and it comes at a point when both Jessica and Chris have to make a choice. Together.

Is Chris an Incubus? In many ways he is and what happens to Jessica over the course of the story seems to point to him being one. There is a underlying darkness in him that comes out over the story and the way the author makes that unfold is done in such a way that it creeps up rather than hitting you over the head with it.

There is a clear beginning, middle and ending to this work in that the work reads as a complete story and where it ends, the last things done and said, feel right and bring closure to the story. There is a promise made, one that suggests a “what happens next” but it doesn’t overcome the ending or take away from it.

The writing is just amazing in how the story is told, what Jessica thinks, sees, experiences and more. Nothing is glossed over, every word matters and each of them draws you deeper into the story. But it is sad. Of that there is no doubt and in truth the story wouldn’t have worked if that sadness hadn’t been there. It has purpose, it does tell a story on its own, and it matters. But it has a lot of power and the ache when the conclusion comes haunts as much as it does Jessica.

Really an exceptionally well written work about love and loss and the hope that two souls have in one another. But the overriding theme is that sadness that is in every moment, even in the throws of passion it is there and lingers well after the tale is told. No love is perfect, nothing is forever they say. But the thing is that sometimes the things they say are the way things are…