Quite a nice Morrigan Aensland Cosplay

A Review of The High Priestess’ Corruption by Xavier Girbes

A Review of The Visitor by Daria Savoy 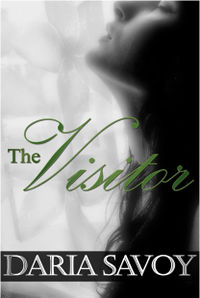 The Visitor by Daria Savoy

Sometimes the story of encountering a Succubus is one that needs no names to be told. The story is told in emotions and passions, not the spoken word. It is not so much a story of what is seen, but rather what is felt. Sometimes the pleasure given is one that needs to be returned and in doing so, sometimes you are learn about yourself.

What you desire, what you need, and most of all, what takes you to the edge and then beyond.

But, sadly, the author should have written their own work and not taken the words of another…

Anne Patterson is a normal office clerk, invisible to the everyday individual. She runs a routine life that hasn’t had a hint of romance for more than a year. When the opportunity to move into a historical loft presents itself, she can’t refuse. The place is a part of a renovated factory, built during the Industrial Revolution. She’s always wanted to live in a piece of history, but never would she have fathomed what awaited in her new home.

A woman moves into a loft and soon after finds that it is haunted. She is visited more and more often as time passes and as it does, she discovers the one that visits needs and that she needs in return.

The interesting thing about this work is that very few words are actually spoken by the characters. As such it is more about the emotions, needs, and the physical aspects than anything else. While the summary of the work gives the main character’s name, in the actual story it is never mentioned. The work is told from the main character’s perspective throughout and with that comes her thoughts, fears, emotions and, when the Succubus appears, the needs within her.

The story that comes from that simmers throughout much of the story until it crests and with it a change in the way the main character thinks about the visitor she has. The question of what the visitor is, whether succubus, ghost or other being, is never really touched on. But what is obvious is the need to touch, to caress, to want to be with Anne as the story goes on.

The erotica is told in a way that is very tactile and I thought that came out really well. While the work is short, the story itself is told completely and well in that space. There isn’t the feeling of something missing when the story comes to its conclusion because the heat that has been building in the story, when the climax arrives, is played upon perfectly. The work isn’t a hot flash so much as it is a long, drawn out tease that ends in a wonderful burst of passion.

While the writing is excellent, the editing needs some work. There are three points in the work where a word is misused and those come at moments in the story where passions are cresting, or the climax is almost upon Anne and as such I found that very distracting. This is a minor fault but with all that this work offers these points just took a lot away from the story and I thought it took much out of my imagination at those moments and it made it difficult to get fully into the story once more before it happened again.

The work needs another editing pass to clean up what are really some minor word errors that take away from a haunting story at the wrong moment. Beyond that the heat is wonderful, the passions real, and a story of a succubus that is not lust, but love.

The work also should never had appeared as it was plagiarized from another author’s work sadly. With the advent of Kindle Unlimited, this happens far too often. It shouldn’t not by any means.