A Review of Amphora: The Gossamer Witch by Lilith Lo

Quite a nice Morrigan Aensland Cosplay

A Review of Just a Bite by Kay Michaels 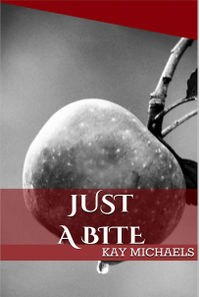 Just a Bite by Kay Michaels

Today and next Friday, I will be reviewing a pair of works by Kay Michaels which revolve around a Succubus named Carmen.

Sometimes a story, or stories, about a Succubus aren’t really about her. They are the story of the ones around them, what their lives are like, and how, exactly, does the Succubus relate to them.

And what happens when it’s more than that sometimes…

Simon had tried hard to leave his past behind him. He worked in the mall, just trying to make it through the day. That’s when Carmen showed up. She wasn’t a normal girl. She wanted a taste of him… and he was worried it’d mean his death.

Simon works in a suburban mall making his way through a life that has been a mess from the start. One cold day Carmen appears and Simon’s past comes back to haunt him. And in doing so, that past haunts Carmen as well.

I think, as a whole, this is the beginning to what could well be one of the most involved and interesting series about someone relating to a Succubus that I have read in some time. The work really sets up a situation that, at the beginning, you don’t see coming and for that matter, it feels very much like neither Simon or Carmen does as well.

From the start of this work, it’s cleat that Simon’s life has been hellish in more than one way, and while the entire story isn’t told, it’s clear that the things that have happened to him very nearly cost him his life. Chief among these being his girlfriend who was, unfortunately, a Succubus that hurt him, made him bleed, and took him to the edge of death before Simon’s father “removed” her from Simon’s life.

But that event, along with all else that had happened to him as well, marked Simon deeply and in doing so took away the only things that mattered in his life. It’s tragic, terrible, and ever so sad a story. Mixed in with that is his ability to know a Succubus when he sees one… And he sees one when Carmen appears.

Carmen is really a very unique Succubus, but we learn very little about her past, her thoughts, or really much about her save that she does have fangs, no horns or tail, she’s very sexually active and attractive too. She has a dominant personality and she tries very much to get what she can from Simon and those around her. But Simon sees through her, and the other part of the story is that Carmen learns what makes Simon special. That attracts her to him, but at the same time he refuses her, knowing what happened to him in the past would again and in doing so would damn Carmen as well.

Over time, they do become close, and eventually there is an acceptance that the two of them do become closer, work together, move in together, and more. But what turns the corner in their relationship is that they find something each needs in the other and in doing so that sets up an amazing moment between them.

There isn’t a lot of erotica in the work, and in truth there really doesn’t need to be. It’s more a story about the power play between Simon and Carmen and that is an amazing thing to read and watch unfold between them both. The climax of the story brings about some relief to the sexual tension, but only for a moment as the echoes of Simon’s past creep in as the work comes to a close.

That past revolves around Simon’s father who is coming to see him… and his girlfriend Carmen. It’s clear that there is danger in that, but while the threat is there, and it awaits the moment to strike at them, it really doesn’t get a lot of ominous foreshadowing that overpowers the rest of the story. It is there, it’s clear what might happen, and as the work comes to a close, Simon and Carmen start to figure out how to deal with that.

The mix of sexuality, tension, loss and, eventually, hope, makes for a very powerful story and one that I did enjoy very much because neither Simon or Carmen are simple characters that just are in the story marking time. They are vibrant, strong, and with each page become a lot more vivid which is a talent I enjoy when I find it.

The thing about this work is, however, that the next part of the story didn’t appear until almost a year later and I think that hurt things to a point. Mostly that the story faded away and I don’t think that it should have. Book two, A Taste for Power will be reviewed next Friday and it does, very much, continue the themes and power that this work has… But it also has the one flaw in it as well.