A Review of the Small Town Succubus series by Ruby Wildes

Why call the costume Darling when it clearly is not 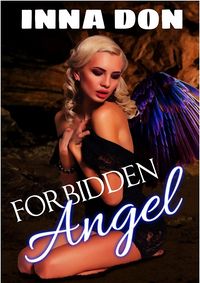 A review of an incomplete series called Escaping Hell, but with the promise that there will be a concluding work appearing soon, or at least I would hope so.

Angels sometimes are foolish, they go places they shouldn’t, do things they need not do. Or at least that is what most think of them. By the same token, some demons, or rather Incubi, are supposed to be violent, brutish things with no sense of loyalty, intelligence or love.

The thing is, both of those beliefs are stereotypes. Not everything, and everyone, plays by the same rules.

Angels and Demons should never mix…

Cayn is one of the most hated creatures in Hell, imprisoned and suffering the punishments of the damned for the crime of being born. Losing hope of ever leaving the pits of Hell alive, Cayn would pray for death, except he wouldn’t die, he would become an immortal Incubus whose insatiable hunger for the sexual energy of Humanity would make him the ban of Earth.

Kia isn’t the most obedient Angel, she’s not even among the top thousand, and the only thing keeping her from joining the ranks of the Fallen on Earth, is she’s one of Gabriel’s daughters. But her father’s position as one of the Archangels won’t save her from the trouble she finds herself in when a simple trip to Earth for fun and adventure goes terrible wrong. And it won’t save her from the monster whose cell she stumbled into.

Kia follows a friend who has been kidnapped to Hell. An Angel in Hell that finds herself in not a good situation, trapped in a cell with an Incubus. Neither knows what will happen when they meet and neither can foresee what comes next.

The book summary really is a bit misleading in that it tells a story that doesn’t quite turn out exactly as it might lead you to believe. There’s more to the work than a meeting of an Angel and an Incubus. There is a lot of questions that begin from the first page and continue to the last, and within those questions is built a compelling world and characters.

Both Kia and Cayn are enthralling characters and they both tell a story that holds onto the reader very well. The work is written in a unique way in which each has time to tell their part of the story before the two lives merge and the story continues with the two of them going forwards. Kia is a bit of a lost soul, in more than one way, but there is an inner strength within her that I found worked well when she had control of herself. Once past her fear, once past the moment with Cayn, then there’s something to her, fleeting as it is at times.

Cayn, as an incubus, is a bit different and what’s more interesting is that we really don’t know what he looks like, exactly, until the very last pages of the work. In doing so there is an air of mystery around him that I think worked well. He is a bit different, and through the story those differences come out very clearly. But that isn’t just in his form, but more it is his character, what he believes in, and what he is willing, or more importantly, not willing, to do.

The work is more story than erotica and being so the story holds together well. There is much to consider and when the erotica comes into play, it makes sense in the moment and has a purpose, if not the one that either character expected. The erotica is hot, having a little bit of a mind control aspect to it, but in that it goes both ways, between both characters and in doing so that transforms both in the most interesting way.

In spite of how much I enjoyed the plot, the characters, the ideas within the work, there is one major problem. The work needs another editing pass for all of the spelling and word mistakes that appear in the pages. I can overlook a few minor mistakes, but there are far too many for my liking. Considering that this is the opening to a series, it needs to read better and feel polished and not something that was published too soon. I have that feeling from this work and it shouldn’t be considering how much effort and writing ability these authors have.

Strong characters, a compelling plot, and some very good heat. It’s a shame that the story suffers from the editing problems along the way. 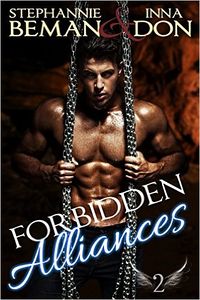 The second work in the series continues the story of Kia and Cayn. Building upon the hints of the world they inhabit the work tells a broader story in which there are many questions needing answers to, but more importantly, the reasons for why things are become a little clearer.

There is a question that comes, but once, to be considered. Would you do anything for the one that has your soul? The question never allows a simple answer for the question is more complex than anyone can understand…

Imprisoned and without hope of ever leaving Hell alive, Cayn suffers the punishments of the damned for defiance against Lord Noctio’s orders. But death would not be a blessing. Not when his mortal form would unleash the immortal soul of an incubus whose insatiable hunger for the sexual energy of Humanity would make him the ban of Earth. Not when the Angel who stumbled into his prison cell and changed his world needs his help.

Now Cayn will change the rules. He will forge forbidden alliances with friends and foes. And he will be free of the Lord of Hell once and for all.

Cayn is brought face to face with his tormentor and then given a choice. But the choice isn’t really a choice when it comes to Kia. Connected to her, and she to him, the choice isn’t whether to obey, but how to win.

The second work builds onto the setting and plots of the first work very well and in doing so there are a number of minor characters who, in appearing, take a bit of the focus away from Kia and Cayn. This isn’t a criticism, but rather it allows some fascinating insights into what Cayn’s world is like, how others see him, and the opinions they have of him. There are even a few succubi that appear in passing, and one interesting note about a succubus and an angel that I think will come back to haunt both Cayn and Kia.

The work focuses more on Cayn, which it must, because this work sets up a lot of the reasons why Cayn was imprisoned, what is wanted of him as well. But there is more than that to be found as things unfold. There is quite a lot of insight about Cayn’s character, who he is, and the struggles within himself to understand why his attitude is different than it was.

Kia is a little less involved in this work, but nonetheless, there is a bit more told about her, a little more explanation about why things happened between herself and Cayn and, in the end, there is a very clear fact that the two of them need to come to terms with.

There are several plots running through the work, some of which run headlong into one another and when this happens it serves to make the story much stronger, the characters better and it added something needed to the work. Some meaning for Cayn and Kia, if only barely understood by them both.

The second work has less erotica in the pages than the first work, mainly for all of the world building and character development that comes along. I think it worked well and while the erotica does appear at the very end of this work, it isn’t out of place and it leads quite naturally towards a third work in the series where, hopefully, all of the plots will comes to their focus.

Like the first work, the second needs another editing pass however. Again there are quite a number of spelling and word errors that tripped me up at several points. One of which was in the middle of an important scene and I was taken out of the story for a moment and shouldn’t have been. It is far better than the first work however in that there is a a solid story wrapped in the development of the characters and I think that worked really well.

A good continuation of the series, but needing some editing to make it all that it should have been.

There would seem to be another work to come, the ending of the second work makes that very clear and I will be looking for it when it comes out. The mysteries still haunt the characters, stories need to be told and in being told there’s so much promise here to be seen.