Succubi Image of the Week 390

A Review of The Incubus and The Others by Trent St. Germain

A Review of The Succubus and her Girl by Jamie White 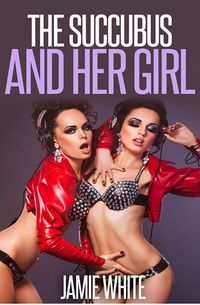 The Succubus and her Girl by Jamie White

Some stories about Succubi, and Lilith in particular, are told in such a way that the main character of the story is taught a lesson. Sometimes that lesson is one about themselves, sometimes it’s about what they have done. Many times it is about seeking revenge or transforming them into a tool for Lilith or her Succubi to use.

The hardest thing about telling a story like that is to avoid falling into a stereotypical story about domination and control that focuses on the erotica and leaves the story to fend for itself. That becomes a larger issue when the character at the centre of the story isn’t someone that you can find an emotional connection with.

Mason loves causing trouble wherever he goes as the quintessential bad boy. So when he goes into the Succubus Special, he figures he’ll do more of the same. The bartender, Lilith, invites him to the back room.

But as it turns out, it’s a trap of Lilith, who is a juicy, hot succubus! Once Mason becomes Michelle, it’s time for Lilith to work her magic–and the way she does it is unlike any woman before!

Mason is a real pain in the ass for any and all women he meets, gets involved with, or has anything to do with. After being thrown out of a club he finds himself in another where the women want all of him and after a time they get all of him. He discovers that he is at the mercy of Lilith who gets what she wants from him and then changes him into something that she can use.

The beginning of the story, when Mason is introduced, just about made me stop reading the story because he is completely unlikeable and then some. He is that kind of character because one expects to have something happen to him that will make him change or make that change for him. Call it a sort of universal means to giving someone a lesson they will never forget.

Lilith isn’t quite stereotypical, there are some interesting character traits that I liked. What was more interesting was that the other Succubi were quite different and more interesting than Lilith herself was at times. Overall, the Succubi in this story, Lilith included, had some familiar aspects in their character, but the place they were in, how they acted there, and what they did to draw Mason to them was just different enough that I thought it was really well done.

The beginning of the story never really leaves his character, there seems not to be any real development in him at all, and when the story ends, he is basically right back where he started, but not quite the same person. I think that was the most disappointing part of the story, that nothing really changed in the end and all that has changed is that he has Lilith to answer to which as a whole seems to be somewhat stereotypically so.

The work runs hot and cold as a result, leaving me wanting for more in the way of story that overcomes the character of Mason and gives more about Lilith herself. What little is told about Lilith is just enough to say there’s more about her and her world than we see, but then the story turns back to the erotica and that story gets buried in that.

There is promise in this work, but when the main character is instantly disliked from the first page that is a hard thing to overcome. More about Lilith and her Succubi would have been nice to balance out the harshness of Mason overall and that would have helped my enjoyment of this work by far…